© Licensed to London News Pictures. 19/07/2012. London,UK. London Eye Light Show. The London Eye is illuminated 62% around its circumference, symbolising the 62% positivity of the nation towards the Olympics with one week to go. EYE ON THE GAMES: Daley Thompson kicks off the world's first social media driven light show at the EDF Energy London Eye, powered by the UK's tweets on London 2012. The first EDF Energy of the Nation result reveals the nation is  62% positive about the Games with a week to go. www.edfenergyofthenation.com . Photo credit : Richard Isaac/LNP 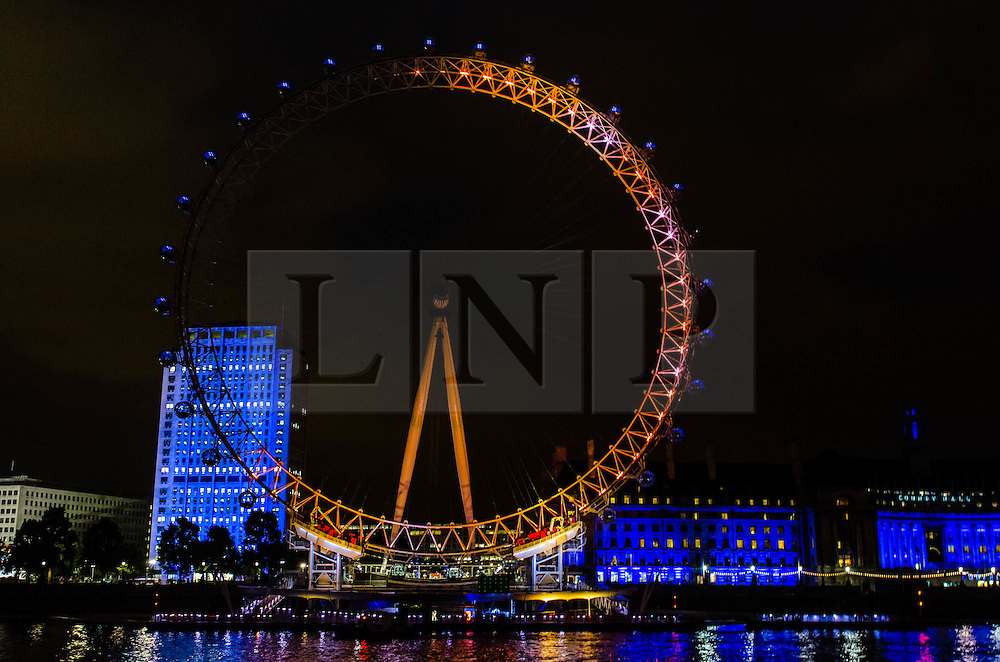