© Licensed to London News Pictures. 25/08/2019. SOUTHALL, UK. Detectives and a police officer in St Mary's Avenue near Southall in west London. It is reported that a man in his 60s was stabbed outside The Plough pub on Tentelow Avenue in the early evening of 24 August and stumbled to nearby St Mary's Avenue to seek aid from a residence. Police were called at 6.41pm, paramedics and air ambulance crews attended but the man passed away. A man in his 30s has been arrested on suspicion of murder. The investigation continues. Photo credit: Stephen Chung/LNP 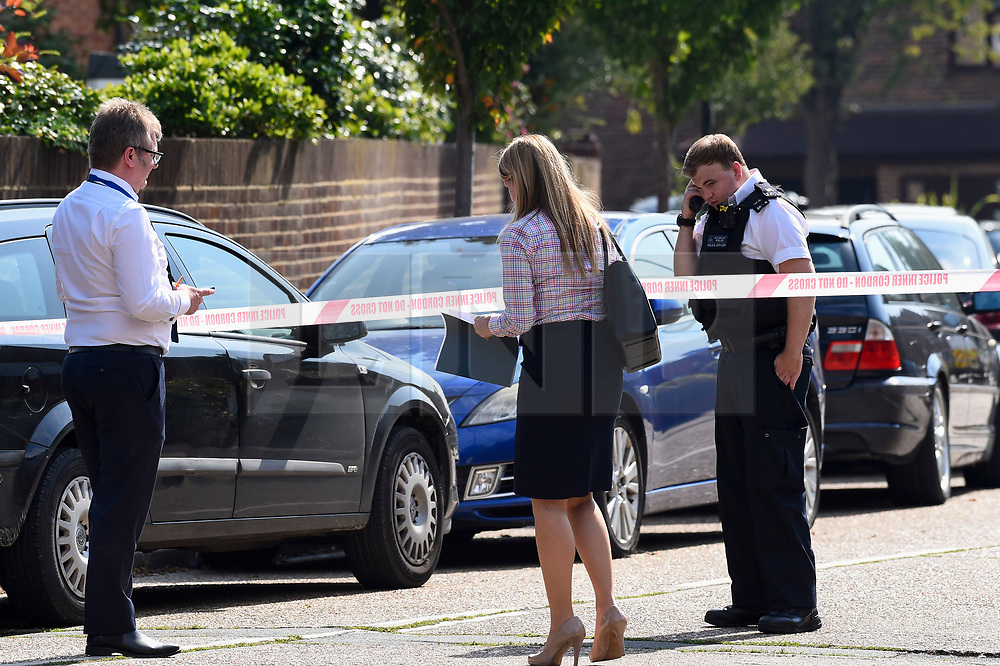