20/10/2016. Bashiqa, Iraq. With the smoke from coalition airstrikes in the background, peshmerga fighters are seen near the Iraqi town of Tiskharab near Mosul city, during an offensive to retake the Bashiqa area today (20/10/2016). 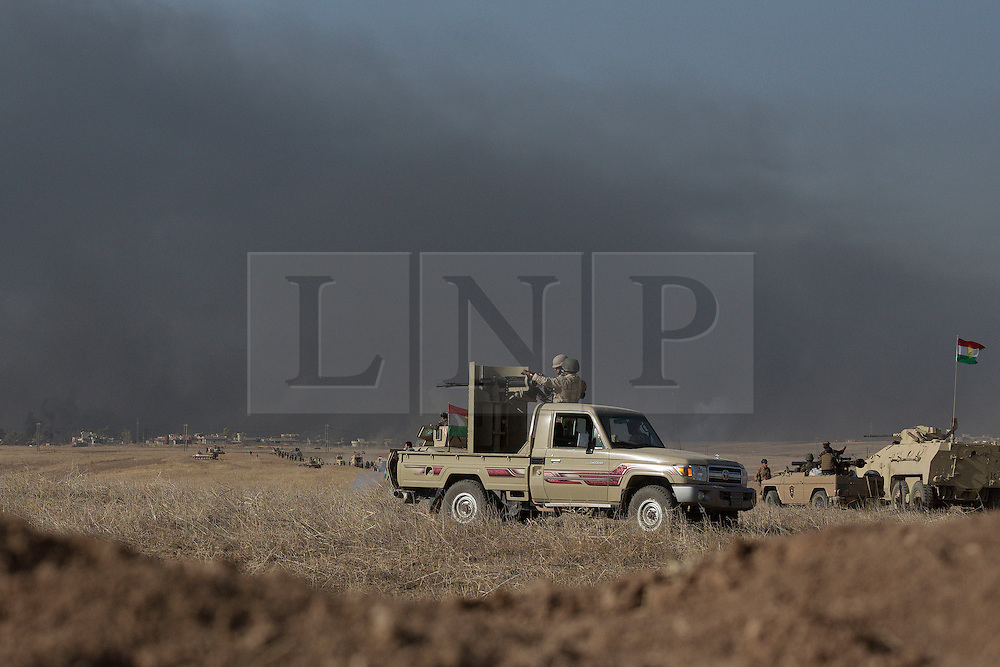