© Licensed to London News Pictures. 15/05/2019. Bristol, UK. A tribute to a homeless woman who died in 2017 has been left in Castle Park in the city centre. The model headstone is for Deborah Morris who was found dead in a tent in the park on 28 May 2017 aged 48. She had been living in a high-support hostel for 10 months before her death. The cause of her death was not found. The tribute reads: "R.I.P Deborah Morris. 1969 - 2017. "Her body was found in a tent at this park. She was homeless. Remember her." There is also a message that if anyone knows someone homeless who has died to contact former Bristol Live journalist Michael Yong or the Dying Homeless Project. 17 homeless people died in Bristol in 2017, the same year as Deborah Morris, which accounted for approximately a third of homeless deaths across the entire of the South West. Bristol also had the third highest number of deaths in England and Wales, alongside Lambeth and Liverpool, according to the Office for National Statistics (ONS). Photo credit: Simon Chapman/LNP 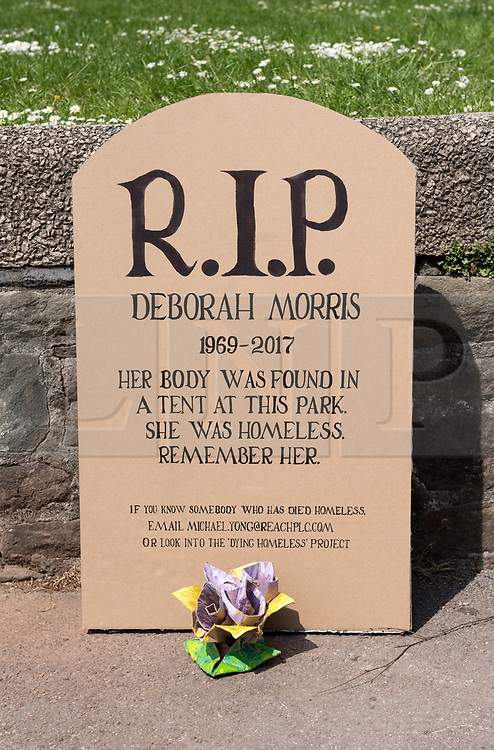