© Licensed to London News Pictures. 23/05/2018. London, UK. The 107 year old tall ship, “Eye of the Wind” sails on the River Thames in front of the Leadenhall Building skyscraper and Tower Bridge during a London visit to join celebrations to mark forty years since the start of Operation Drake - a two year round the world expedition, of which Eye Of The Wind was the flagship. One of the last traditional sailing ships left, Eye of the Wind was originally built in Germany in 1911 as a Schooner but was given a new lease of life in 1973 when she was bought by Anthony "Tiger" Timbs, an Englishman from greater London. A group of enthusiastic ship lovers began to rig the vessel as a brigantine and her full restoration at a shipard in Faversham, Kent took nearly four years to complete. Photo credit: Vickie Flores/LNP 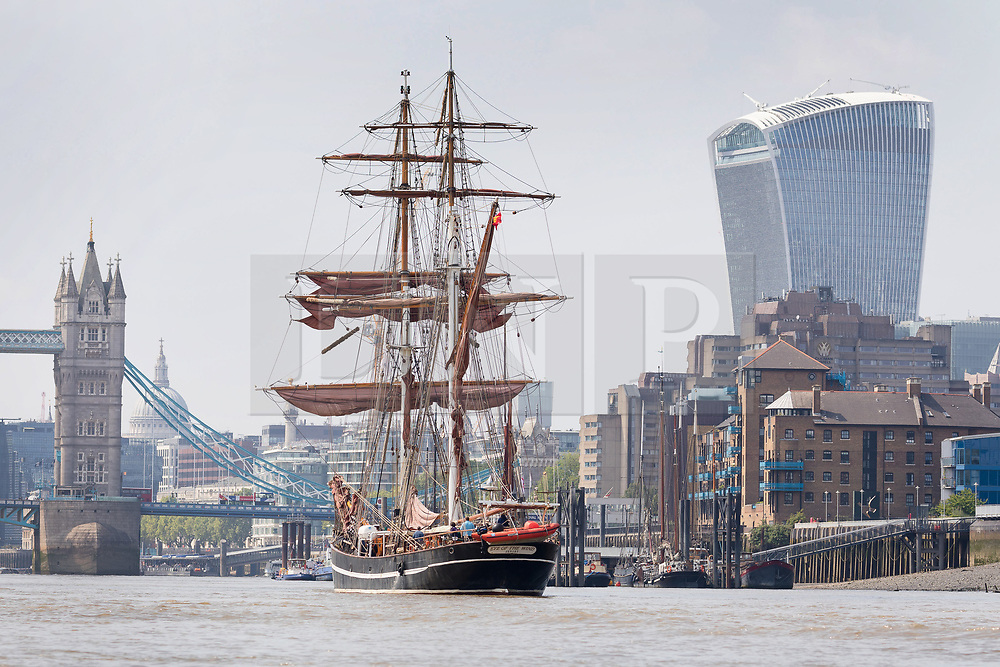