© Licensed to London News Pictures. 11/11/2015. London, UK. Labour Party leader JEREMY CORBYN leaving leaving a newsagents in Islington, north London carrying a newspaper on the day that he is due to be sworn in to Privy Council by Queen Elizabeth II. It is not known if Corbyn, who is a republican, will kneel in front of the Queen, normally a requirement as part of a swearing-in ceremony for the group that advises monarchs. Photo credit: Ben Cawthra/LNP 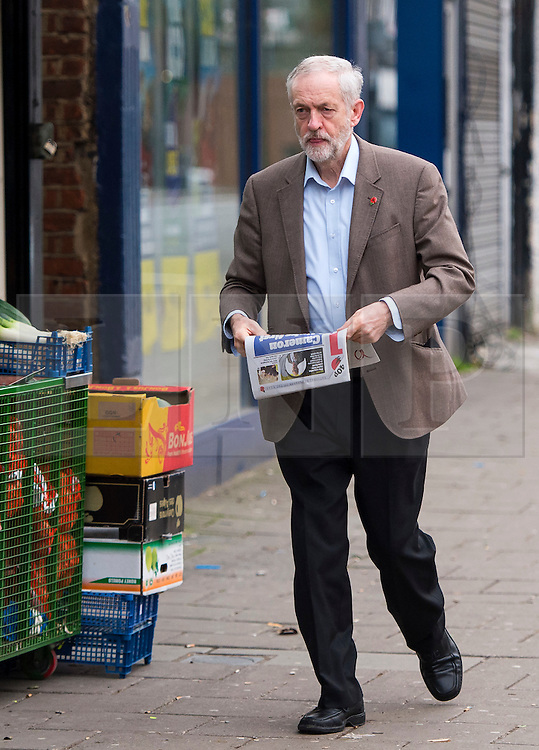