© Licensed to London News Pictures. 25/01/2020. Bristol, UK. Anyone’s Child: Families for Safer Drug Control campaign; "Take drugs seriously" event at Bristol's College Green, planting ‘forget-me-not’ flowers to remember those who have died as a result of what the campaign says are dangerous drug policies in the UK. Luke Campbell was aged 16 when he died on 27 May 2017 and his family spoke at the event; Left-right holding a photo of Luke: Luke's mother CLAIRE CAMPBELL, Luke's sister ESTHER CAMPBELL with Dali age 5 months, Luke's aunt JENNY SMITH at the "Take drugs seriously" event. The event is in remembrance for the 4000 plus people that die every year in the UK from the effects of drugs. One in three of all drug related deaths in Europe now happen in the UK. Anyone’s Child is a campaign by Transform Drug Policy Foundation to end the war on drugs, better protect children, and get drugs under control. Anyone’s Child: Families for Safer Drug Control is an international network of families whose lives have been wrecked by current drug laws and are now campaigning to change them. They are now calling for governments to be honest and base drug policy on reality, not fear, which they say means regulating drugs to reduce the risks they pose. Photo credit: Simon Chapman/LNP. 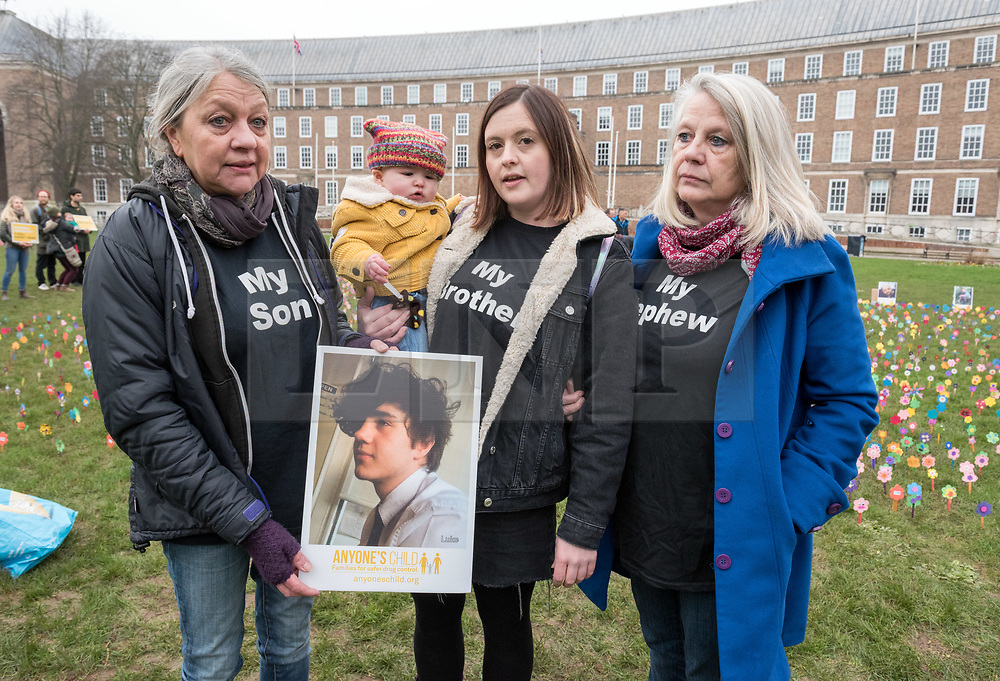