© Licensed to London News Pictures. 29/11/2016. London, UK. The family of British man Andargachew "Andy" Tsege, who is in his sixties, bring a petition to Downing Street calling on the Prime Minister to seek his release, whilst he is in prison in Ethiopia under the shadow of a death sentence. Andargachew Tsegehas been detained in the country since he was removed from an airport in Yemen in June 2014. The father-of-three, who fled the country in the 1970s and sought asylum in the UK in 1979, had been a prominent critic of Ethiopia's ruling party. Photo credit : Tom Nicholson/LNP 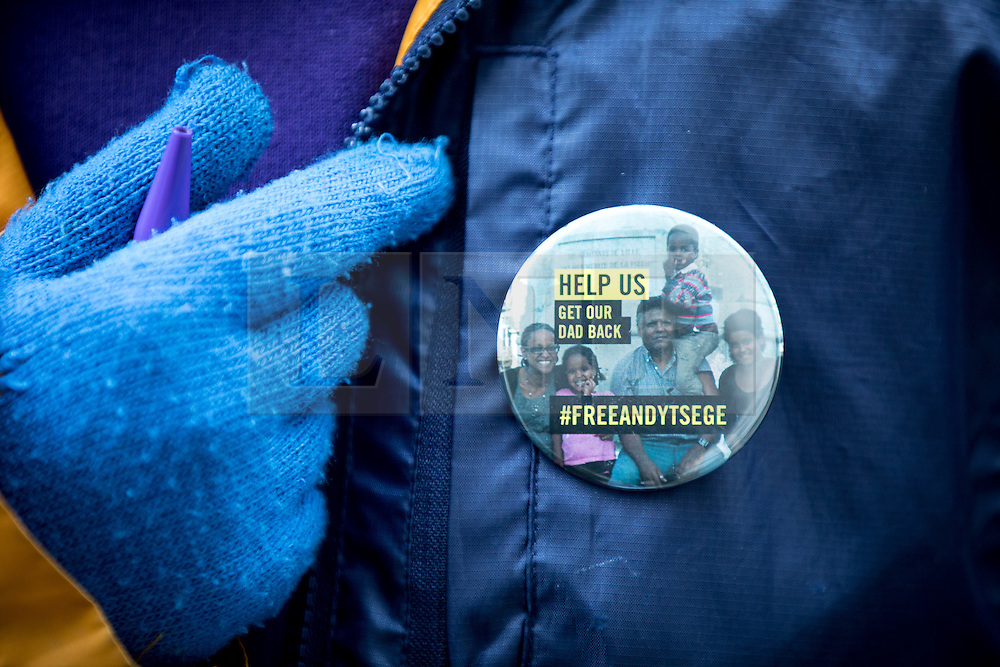