© Licensed to London News Pictures . Manchester , UK . FILE PICTURE DATED 06/10/2013 of a forensic tent beside the canal , containing a body recovered from the canal . Police pulled a body from The Bridgewater Canal in Manchester , adjacent to the City's " Gay Village " on Canal Street . Greater Manchester Police have issued a statement after suggestions that a number of deaths in and around Manchester's canals may be linked to a serial killer , named in local folklore as " The Pusher " . The statement said " Absolutely no evidence whatsoever of foul play has been established " . Photo credit : Joel Goodman/LNP 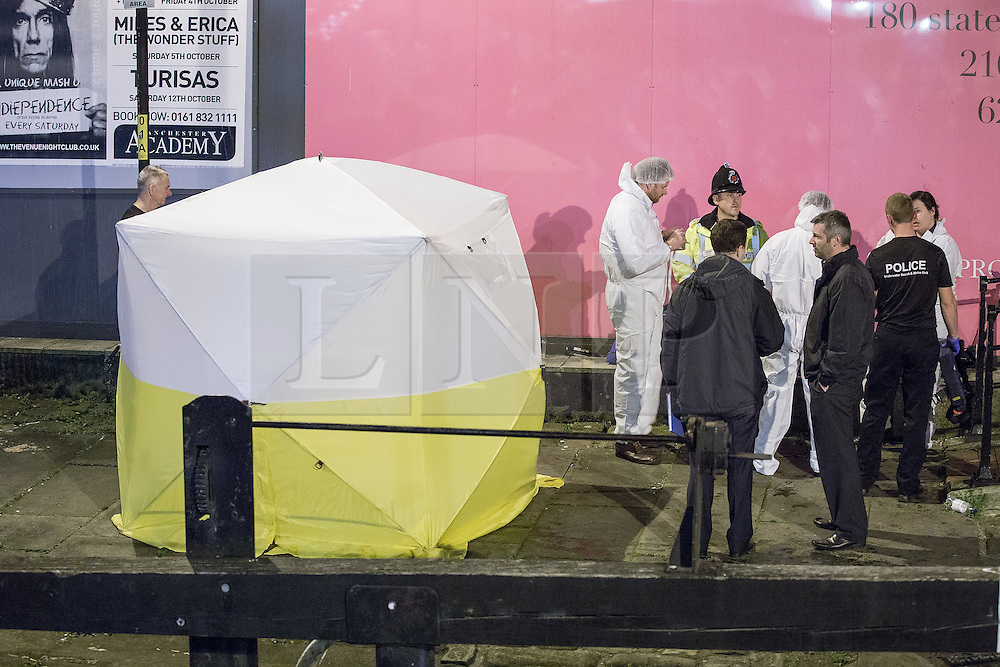