Licensed to London News Pictures. 11/11/2016. Mosul, Iraq. A soldier, of the Iraqi Army's 9th Armoured Division, stands guard as residents of Mosul's Al Intisar District queue for food being handed out by volunteers. 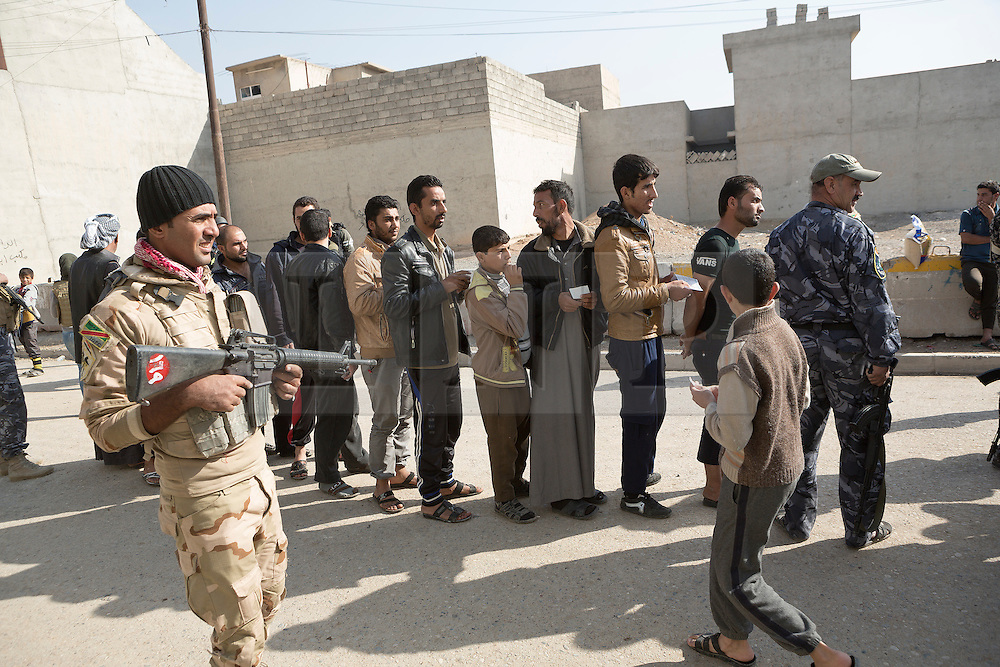