20/10/2016. Bashiqa, Iraq. The commander of a Kurdish armoured personnel carrier flashes a V for victory sign as peshmerga fighters launch an offensive to retake the Bashiqa area from Islamic State militants today (20/10/2016). 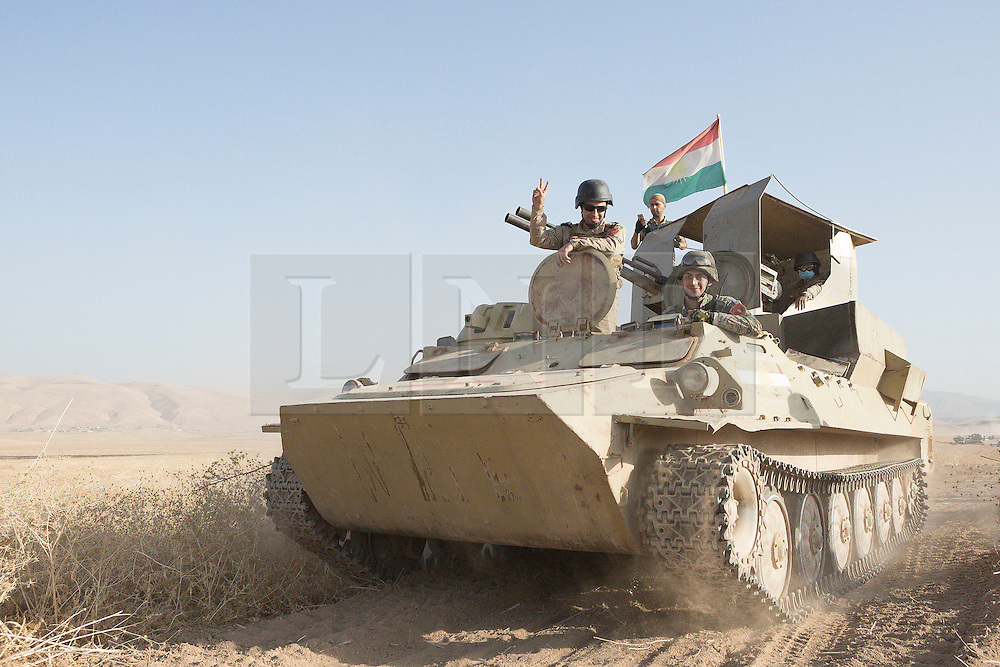