© Licensed to London News Pictures.23/04/2016. Bristol, UK. GEORGE FERGUSON, the incumbent elected mayor of Bristol, on the election stump at Anchor Square launching his 7 point plan for if he wins the mayoral election on 05 May. Ferguson is standing as in independent under the Bristol First banner. His main rival is Labour candidate Marvin Rees. Ferguson was challenged and heckled at the event by independent mayoral candidate Paul Saville and opponents of the mayor held placards protesting about lack of transparency in the accounts for Bristol's year as Green Capital, and over the issue of disabled blue badge holders not being allowed to park in any residents parking zone space. Photo credit : Simon Chapman/LNP 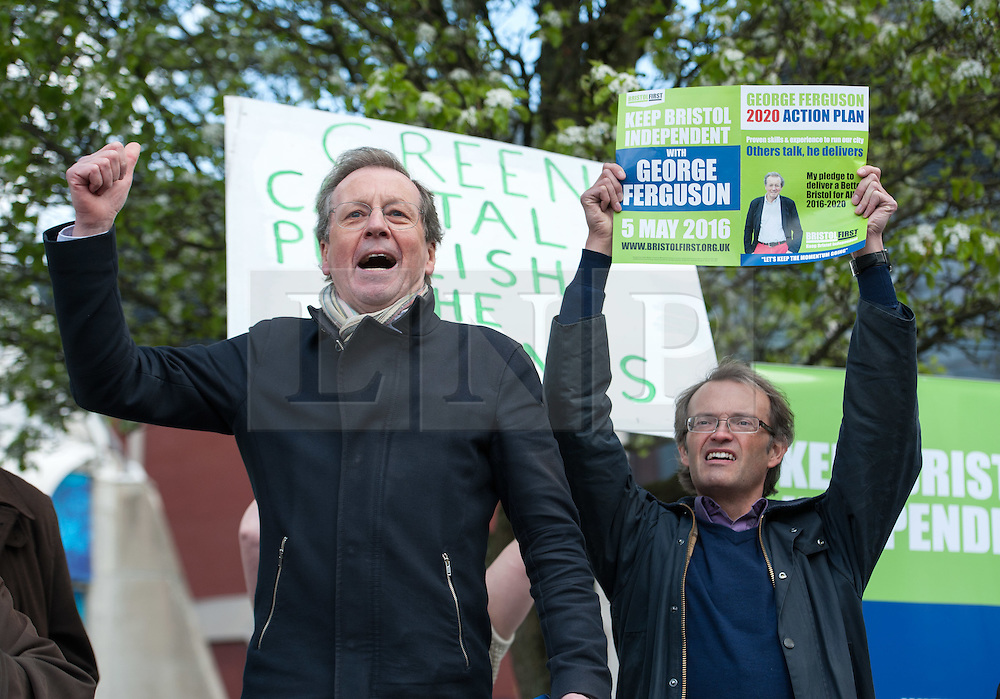