© Licensed to London News Pictures;07/04/2021; Bristol, UK. A sixth "Kill the Bill" protest takes place outside the BBC offices in Bristol against the Police, Crime, Sentencing and Courts Bill during the Covid-19 coronavirus pandemic in England. A protester holds a placard in reference to an initial claim by Avon & Somerset Police on 22 March that officers suffered broken bones and a punctured lung at the first Kill the Bill protest on 21 March, a claim which was later amended that no bones were broken and there was not a punctured lung. This protest is billed as "Stand up against a police state and against a biased media" and the protest is due to march from College Green in the city centre to the offices of BBC Bristol on Whiteladies Road. Some protesters say that the media is biased. One person was arrested for urinating near the front door of the BBC. The Police, Crime, Sentencing and Courts Bill proposes new restrictions on protests. Some previous Kill the Bill protests in Bristol had violence. Photo credit: Simon Chapman/LNP. 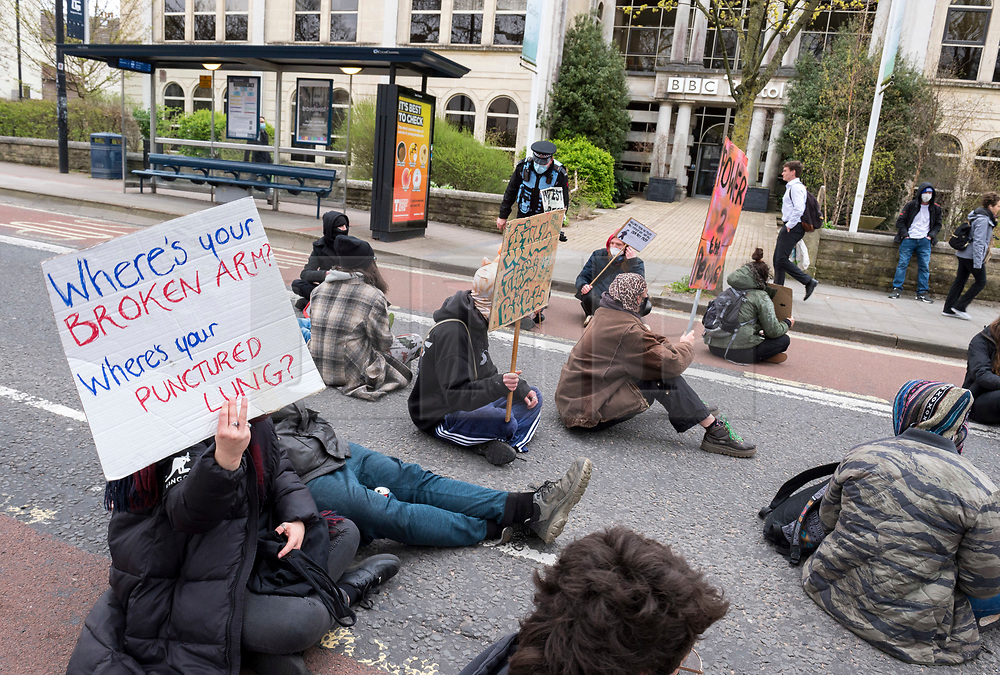