© Licensed to London News Pictures. 25/08/2021. London, UK. Forensic investigators gather evidence near a houseboat where wanted man Lee Peacock was located. At approximately 17:55BST on Wednesday, 25/08/2021, Metropolitan Police officers visited a canal barge in the vicinity of Ferrymead Avenue, Ealing as part of an ongoing investigation. Inside they found a man who officers are confident is 49-year-old Lee Peacock. He has previously been named as a person they were keen to locate in connection with an investigation into the murder of two people in Westminster on Thursday, 19/08/2021. The man had sustained serious injuries, which at this stage it is believed were self-inflicted. London Ambulance Service paramedics and the London Air Ambulance were called. The man has been transported to hospital where his condition is believed to be life threatening. Photo credit: Peter Manning/LNP 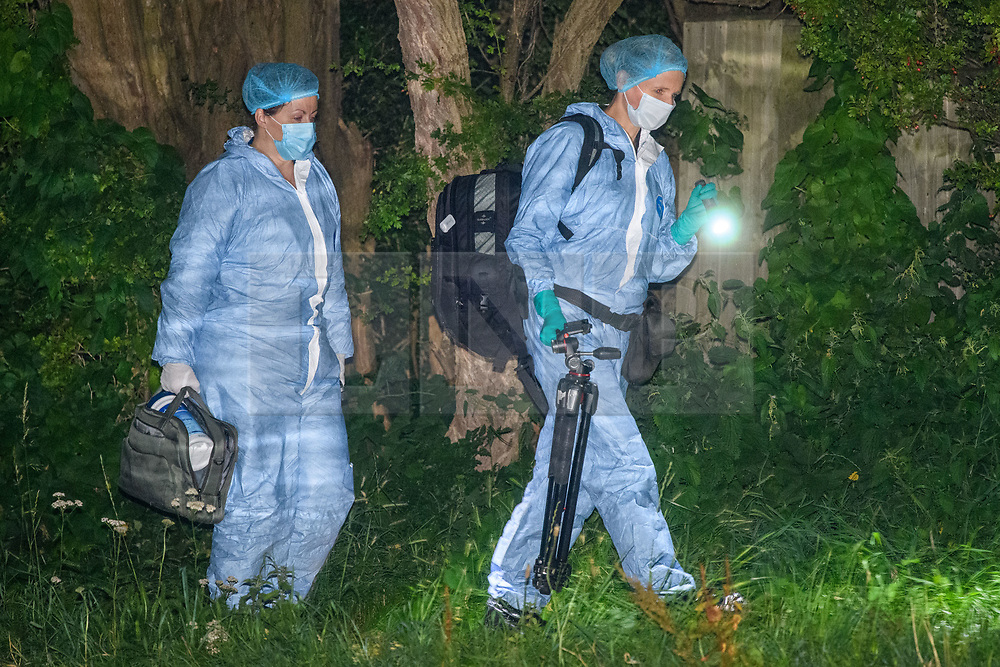