© London News Pictures. 17/06/2015. BELGIUM.
Colour Sergeants march past the new bronze sculpture featuring two British soldiers, by Vivienne Mallock, which was unveiled as a new memorial to all the British dead.. 200 years since the eve of the Battle of Waterloo, Their Royal Highnesses The Prince of Wales and the Duchess of Cornwall attended a special ceremony at Hougoumont Farm, the Belgian Farm Wellington claimed was instrumental in his victory. Photo credit: Sergeant Rupert Frere/LNP 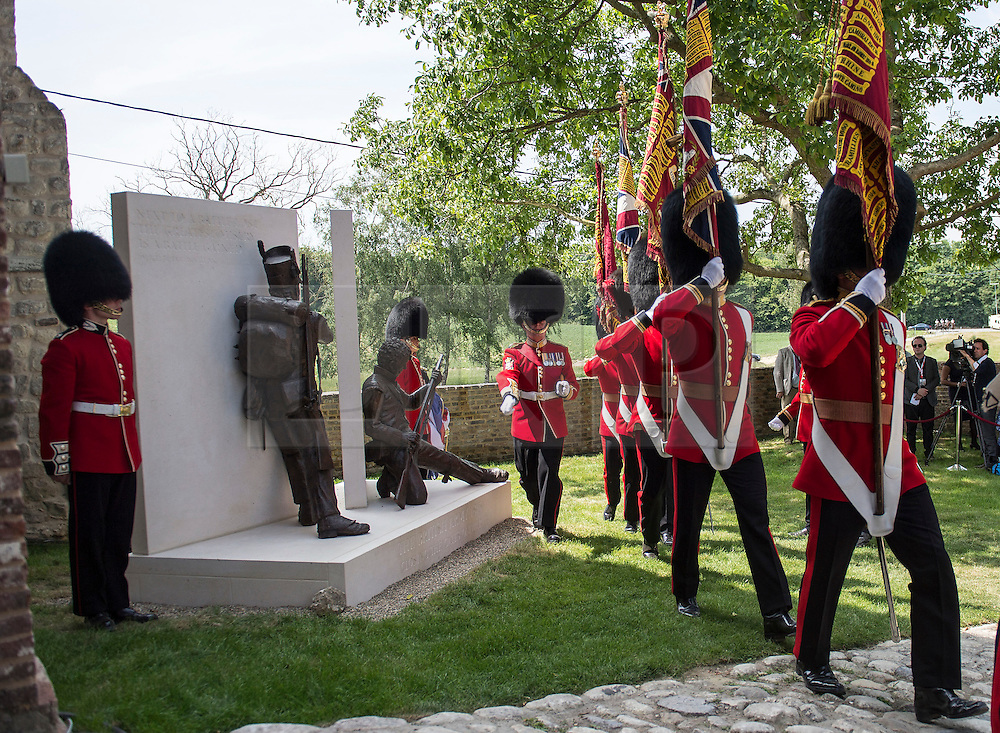