© Licensed to London News Pictures. 03/01/2019. London, UK. Blood stains on the pavement outside the entrance doorway to 80 Park Lane in Mayfair, where security guard Tudor Simionov was stabbed to death in the early hours of New Year's day. The 33-year-old and his colleagues were attacked by a group of men who were trying to gain entry to a party at Fountain House, a £12.5 million townhouse in London’s West End.. Photo credit: Ben Cawthra/LNP 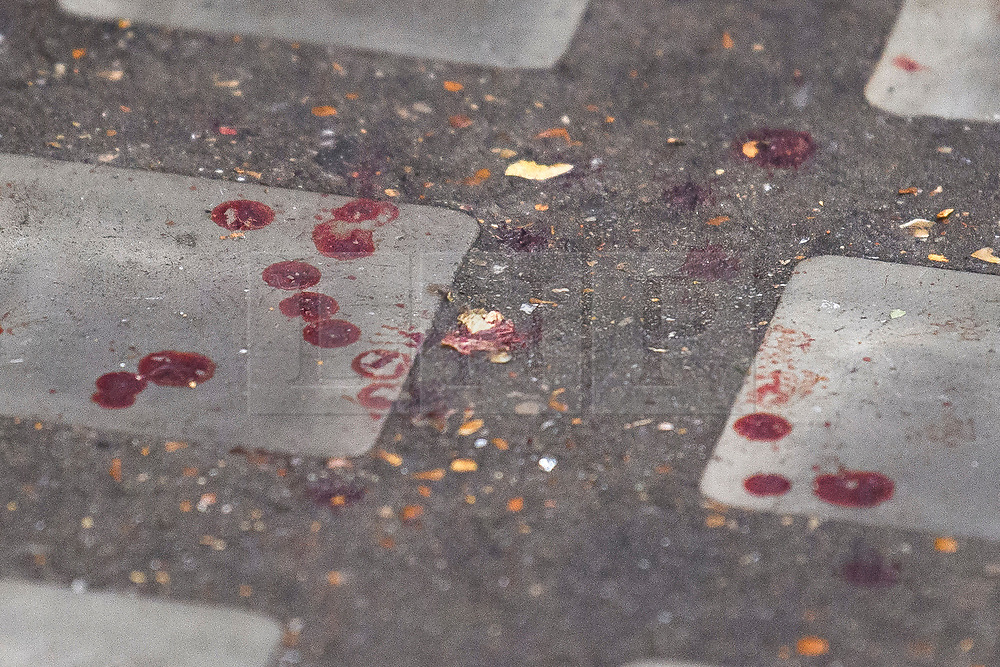