© Licensed to London News Pictures; 07/06/2021; Bristol, UK. A commemorative plaque has been installed at the spot on the harbourside where the statue of slave trader Edward Colston was thrown into Bristol docks one year ago today. The plaque was commissioned for the anniversary of the event by a group of ‘guerrilla historians’ and designed by Bristol artist John Packer. It features words from the poem "Hollow" by former city poet Vanessa Kisuule and an engraving of the moment the statue was toppled from its plinth and thrown into Bristol Harbour by protesters on 07 June 2020 during a Black Lives Matter demonstration following the murder in the US of George Floyd a black man by a white police officer. The statue itself is being shown as it looked when it was retrieved from Bristol harbour at a temporary display in M Shed Museum with a survey by the We Are Bristol History Commission asking the city’s citizens for their views on its long-term future. Photo credit: Simon Chapman/LNP. 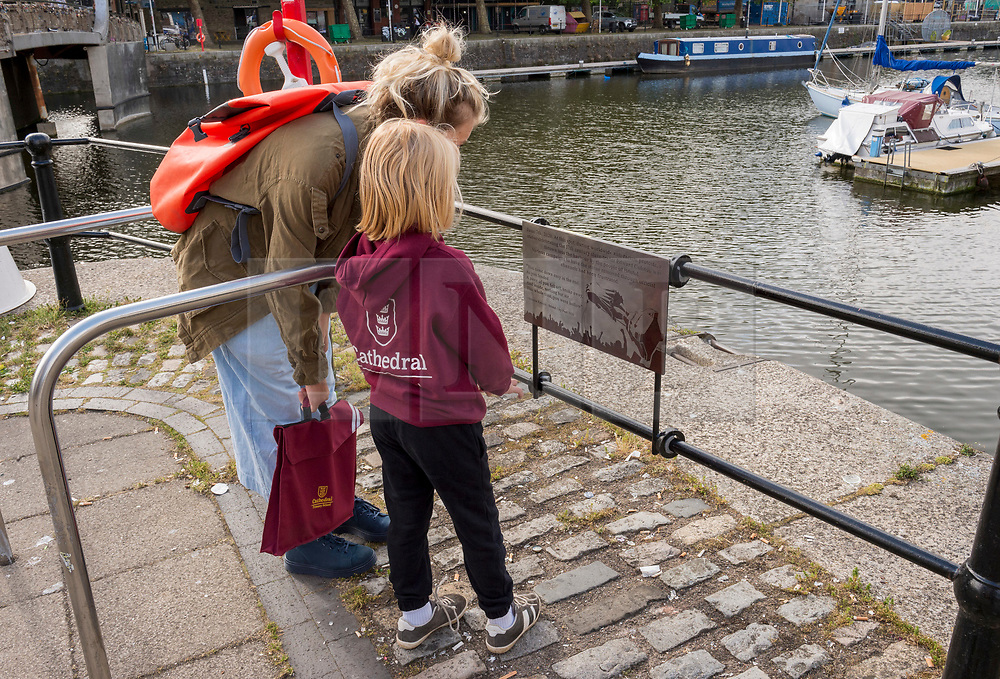