Striped House being demolished in London

© London News Pictures. 27/04/2016. A detail showing a red stripes persuading above covers placed over the building during works. A house painted with red and white stripes in the Kensington area of west London which is currently being demolished and then rebuilt. The candy stripes were originally painted on to the multi-million pound house following a dispute in which neighbours objected to plans to demolish the building and replace it with a new house and two-storey basement. Photo credit: Ben Cawthra/LNP 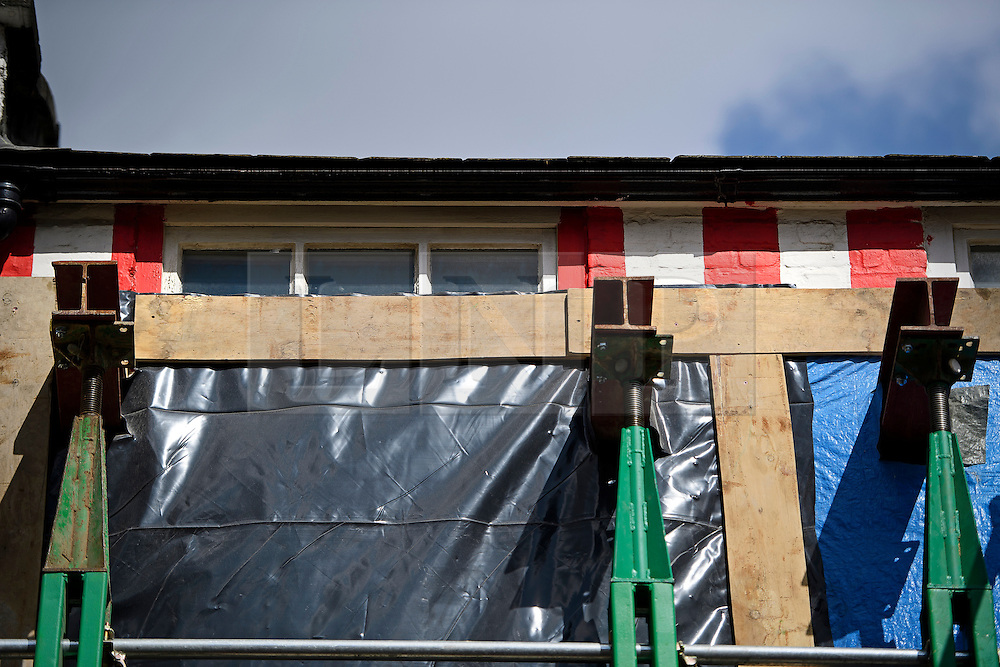