© Licensed to London News Pictures. 19/03/2013. London, UK. Steve Mason performs in a live broadcast on BBC 6 Music at the BBC studios in Maida Vale. Steve Mason is a Scottish musician, best known as the lead singer and one of the founding members of The Beta Band...Tonight during the same broadcast MD of Festival Republic Melvin Benn announces the artist line-up of Latitude Festival 2013 live on-air on BBC Radio 6 Music during an interview with Steve Lamacq. It is also announced that BBC Radio 6 Music will be the official broadcast partner with the naming of the second stage at Latitude as the BBC Radio 6 Music stage. Headline acts include Bloc Party, Kraftwerk and Foals. Photo credit : Richard Isaac/LNP 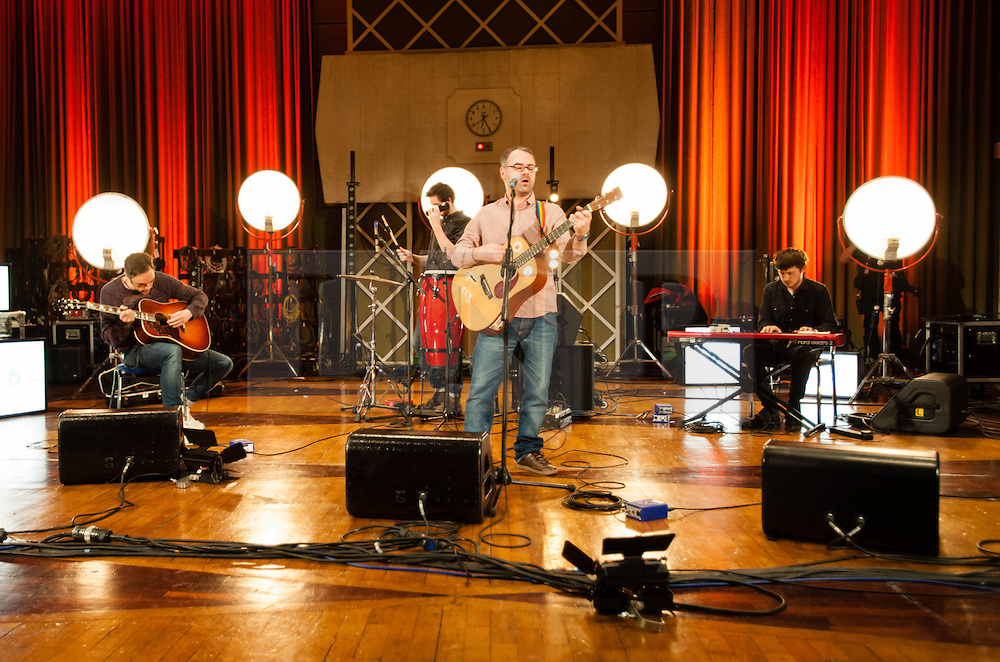