© Licensed to London News Pictures. 12/11/2018. Bristol, UK. Activists block the roads and a petrol station in central Bristol as part of the 'Extinction Rebellion' campaign about the threat of climate change. The Extinction Rebellion campaign wants to make ecocide a crime in UK law, saying the threat of climate change threatens the lives of millions of people on the planet. The campaign is organised by Rising Up, and follows the Intergovernmental Panel on Climate Change (IPCC) issuing a special report last month on the impact of global warming of 1.5C and above. The campaign says there will be more actions across the UK in November. Photo credit: Simon Chapman/LNP 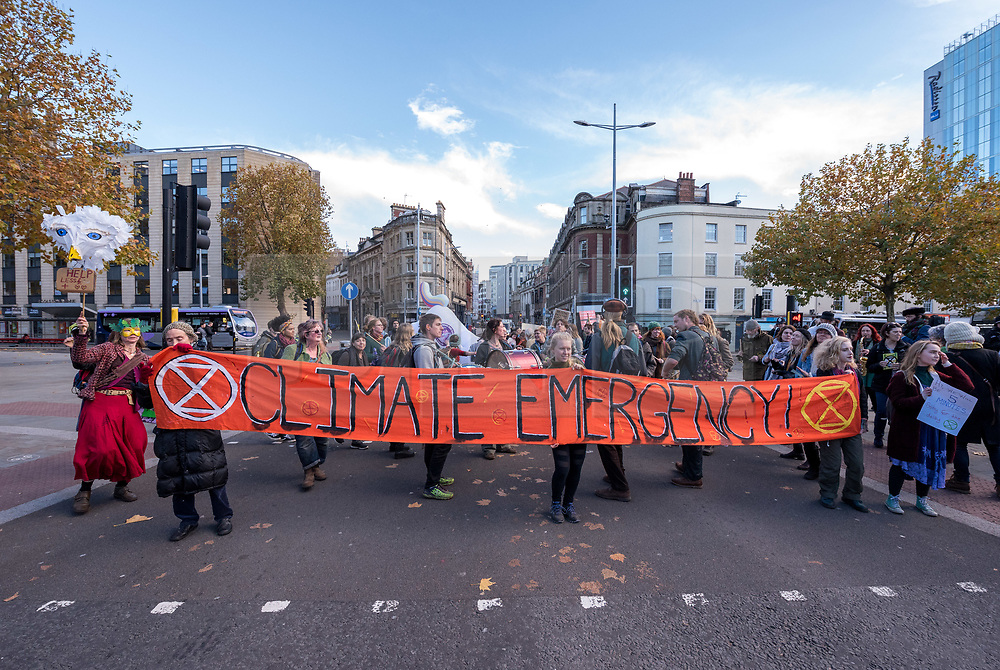