© Licensed to London News Pictures. 01/06/2019. London, UK. Prince Andrew, Duke of York takes part in Trooping the Colour Colonel's Review in Horse Guards Parade. Reviewed by His Royal Highness The Duke of York, this rehearsal takes place a week before Queen Elizabeth II attends the same ceremony on June 8th to mark her official birthday. Over 240 soldiers from the 1st Battalion Welsh Guards will line the route down The Mall. Also taking part will be up to 1450 soldiers of the Household Division and The King's Troop Royal Horse Artillery, along with up to 400 musicians from the Massed Bands, all of whom will parade on Horse Guards for the second of two formal Reviews. Photo credit: Peter Macdiarmid/LNP 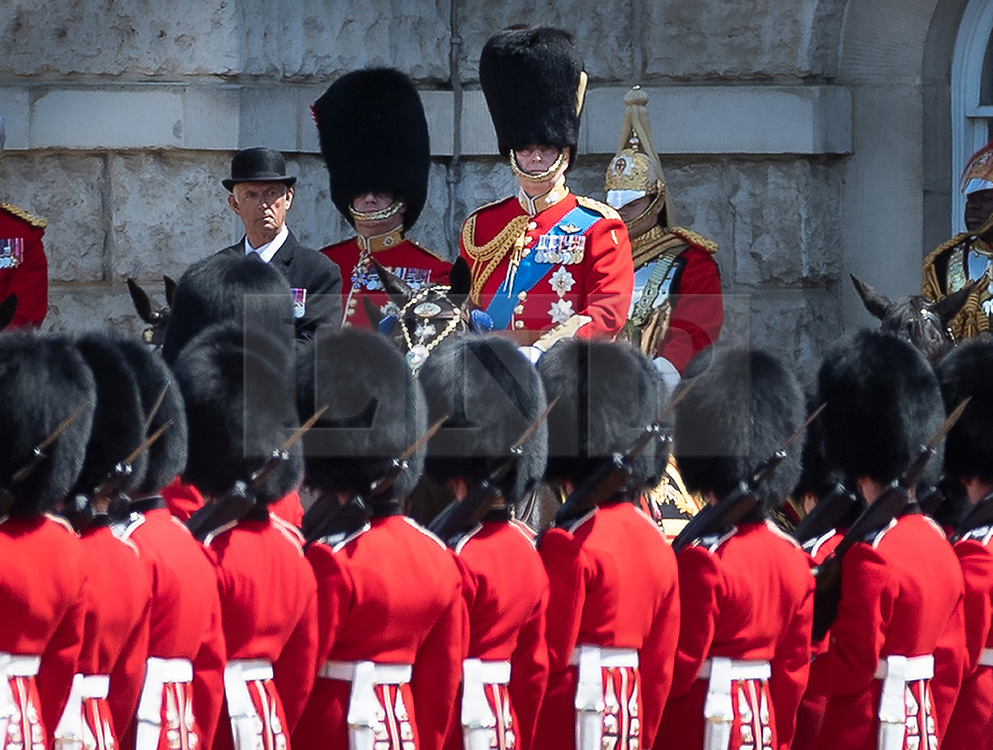