© Licensed to London News Pictures. 11/05/2016. Stoneleigh, UK. Charlotte Smith, Presenter of BBC Radio 4's Farming Today and BBC 1's Countryfile, at a debate about the upcoming EU referendum during the 2016 Pig and Poultry Fair at Stoneleigh, Warwickshire, UK. A recent survey carried out by Farmers Weekly magazine revealed that 58 percent of farmers are in favour whereas only 31 percent said they wanted to remain. The debate was put on by the BBC Radio Four's Farming Today programme and will be broadcast later this month. Photo credit : Ian Hinchliffe/LNP 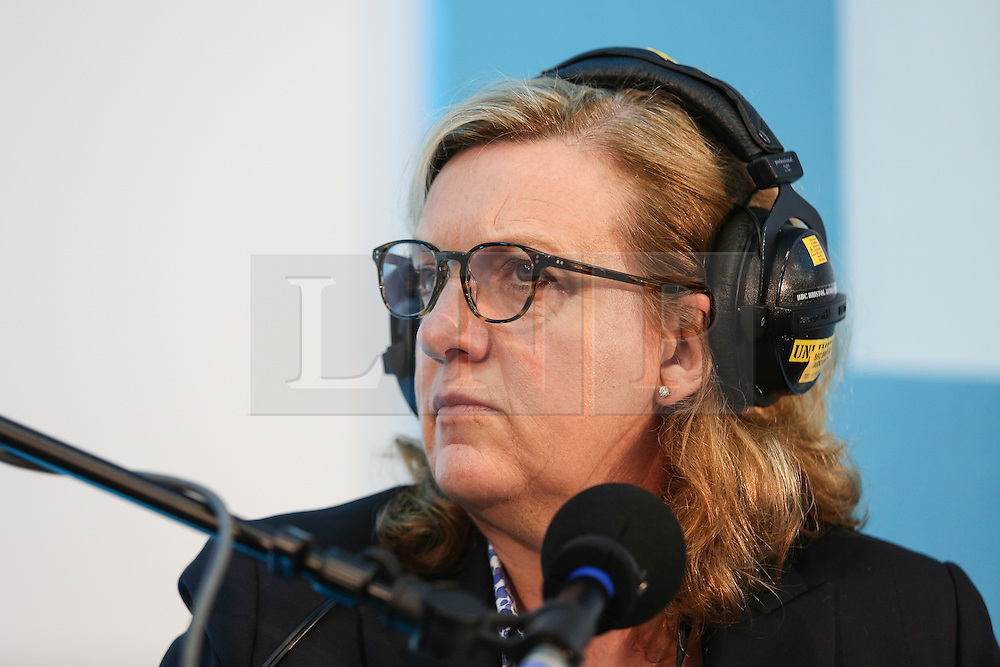