© Licensed to London News Pictures; 01/05/2021; Bristol, UK. Police with dogs block protesters from walking up Newfoundland Road leading to the M32 during a Kill the Bill protest protesting against the Police Crime Sentencing and Courts bill through the city centre on the evening of Mayday. This is the 11th Kill the Bill protest in Bristol since the first one on 21 March which saw violence and damage to the central Bridewell Police station and two police vehicles set on fire. Photo credit: Simon Chapman/LNP. 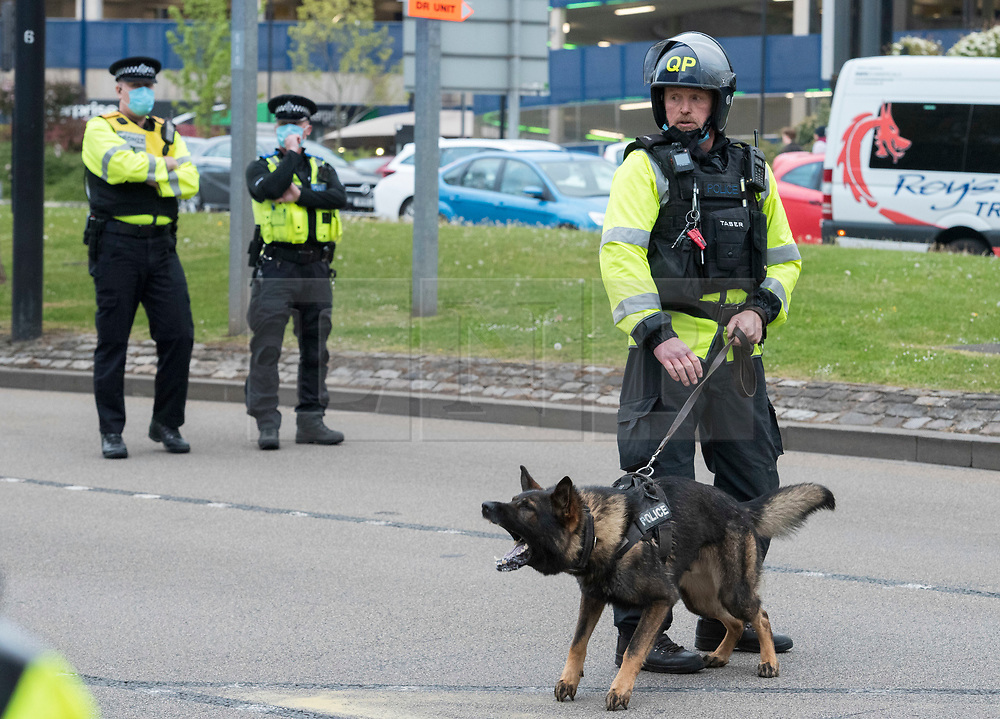