© London News Pictures. Paris, France. 13 Nov 2016: Eagles of Death Metal frontman Jesse Hughes leaving the the Bataclan memorial service on the anniversary of the attacks where he had been playing on the night of the attacks. Jesse Hughes was refused entry last night when he attempted to see Sting who was performing at the reopening of the venue. He was turned away at the door on basis of earlier complaints he made about security. Photo credit: Guilhem Baker/LNP 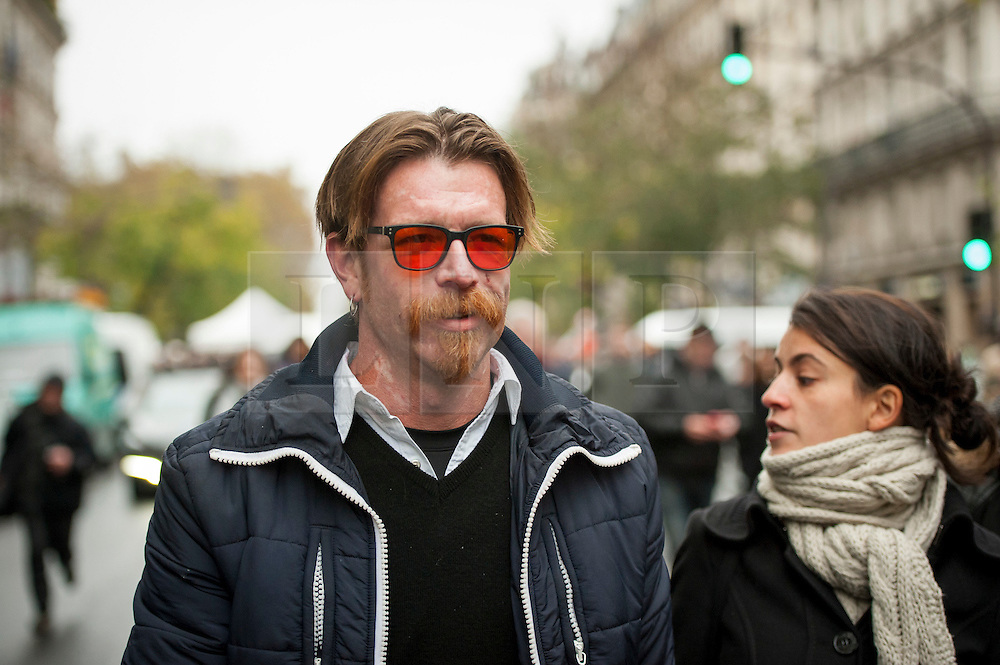