© Licensed to London News Pictures. 19/09/2017. Hexthorpe UK. Picture shows the scene in Hexthorpe where a police officer has been seriously injured in an attack on Sheardown street in Hexthorpe, Doncaster. Two men & a woman have been arrested over the incident, the full extent of the officers injuries is not known yet. South Yorkshire Police said they were called to reports of a vehicle crash at about 07:30 the officer was assaulted when three people fled the area. Photo credit: Andrew McCaren/LNP 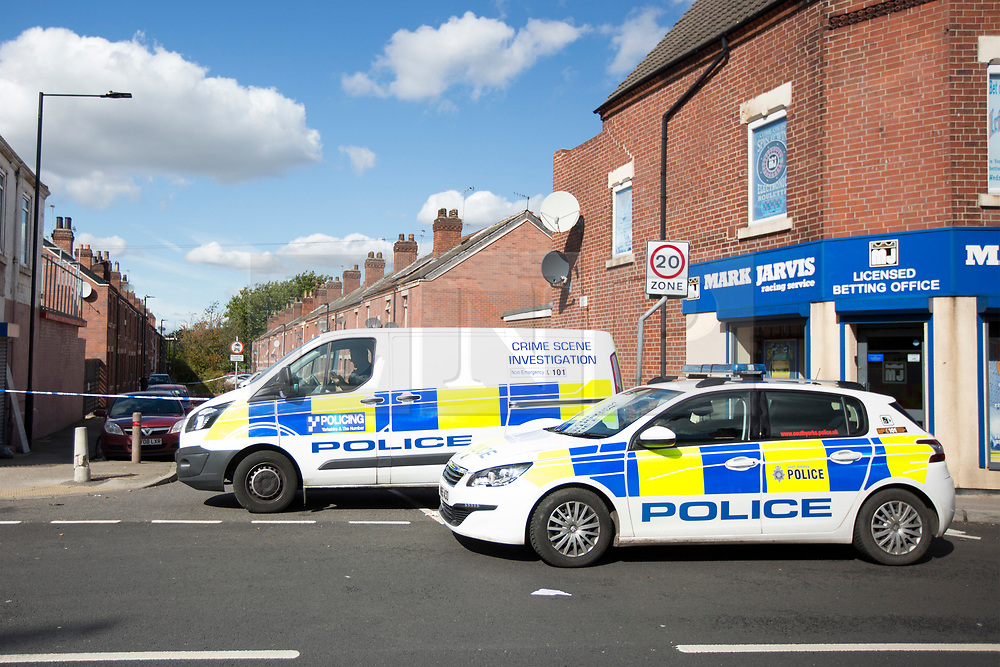