© Licensed to London News Pictures. 11/01/2021. London, UK. A police vehicle forms a cordon in front of a forensic tent at a block of shops on Field End Road where a man believed to be aged in his 40s died in suspicious circumstances. Metropolitan Police were called by London Ambulance Service shortly after 22:30GMT on Sunday, 10 January, following reports of a fight on Field End Road, Pinner. Officers attended, along with LAS, and found an unresponsive man. Despite the best efforts of emergency services, the man, believed to be aged in his 40s, was pronounced dead at the scene. The death is being treated as suspicious. A 21-year-old man was arrested in connection with the incident. Photo credit: Peter Manning/LNP 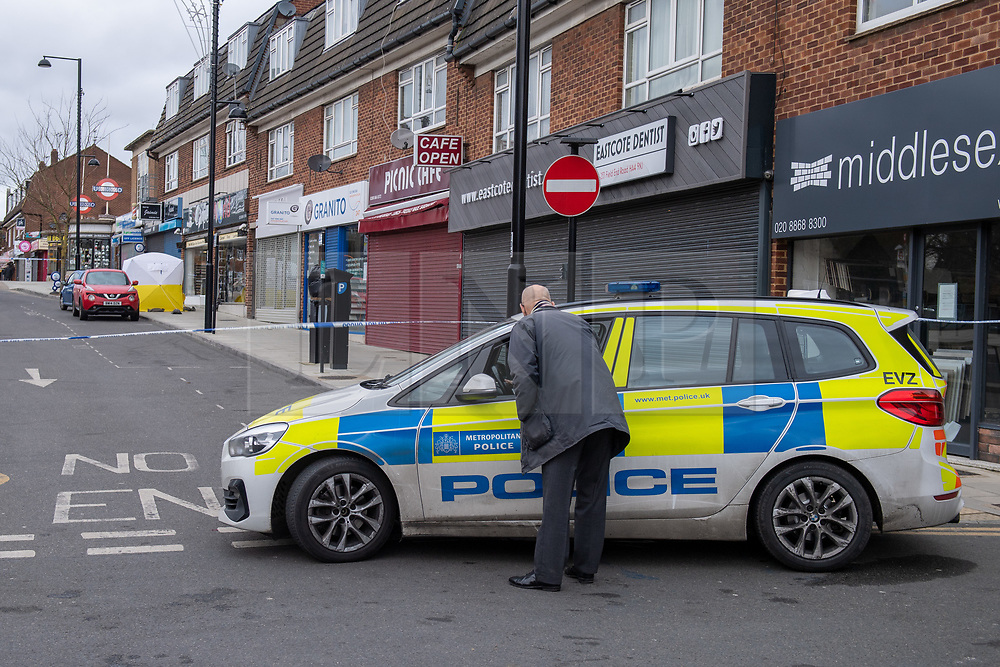