© Licensed to London News Pictures. 12/09/2020. Surrey, UK. Picnickers enjoy the glorious sunshine on Wimbledon Common in South West London this afternoon before the “Rule of 6” comes into force on Monday as weather experts announce a 6 day mini heatwave in the South East of England this week with highs in excess of 29c. Prime Minister Boris Johnson is already under pressure after he announced on Friday that gatherings of more than six people will be banned from Monday in the hope of reducing the coronavirus R number. The Rule of Six as it is known, has already become unpopular with MPs and large families. Photo credit: Alex Lentati/LNP 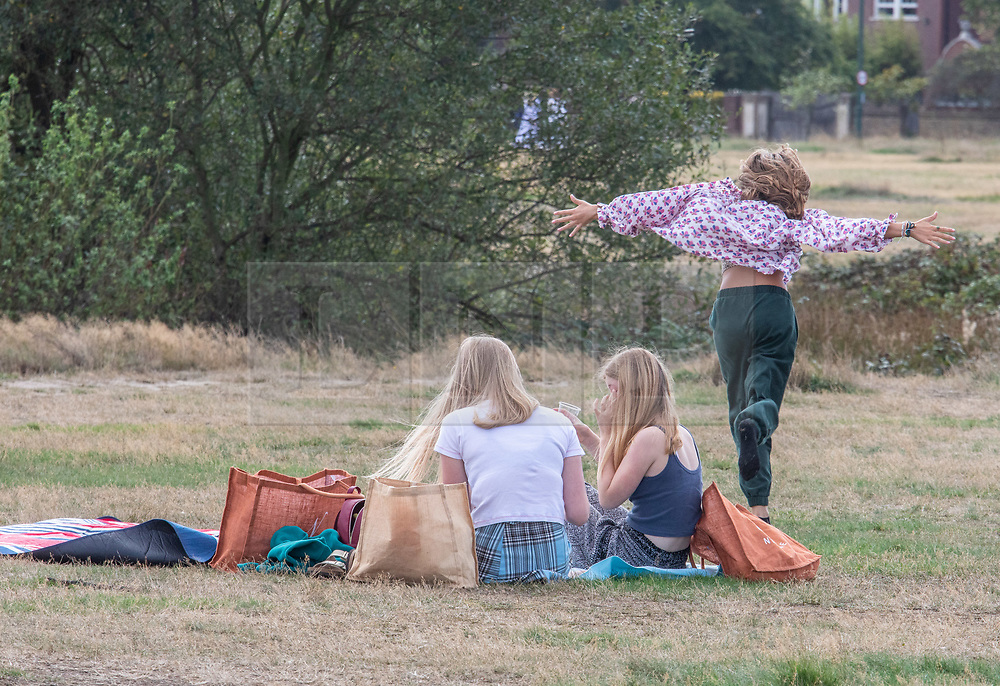