© Licensed to London News Pictures. 31/01/2020. Bristol, UK. Extinction Rebellion's Red Rebel Brigade at the "No Bristol Airport Expansion" march and rally in the city centre, organised by Bristol Airport Action Network (BAAN) and Extinction Rebellion Bristol. Bristol Airport, which is situated in North Somerset, has plans to increase capacity for 12 million passengers a year, up from its current capacity of 10 million by 2026, and their application is due to be considered at a special meeting of North Somerset's Planning and Regulatory Committee on February 10 at 6pm. North Somerset Council officers have recommended the application be approved despite more than 5,400 objections and around 2,200 letters of support. Objections have highlighted the detrimental effects for the local communities including increased air and noise pollution, increased traffic congestion and the loss of Greenbelt land around the airport, but the urgent need to tackle climate change is one of the main reasons why people are objecting. Photo credit: Simon Chapman/LNP. 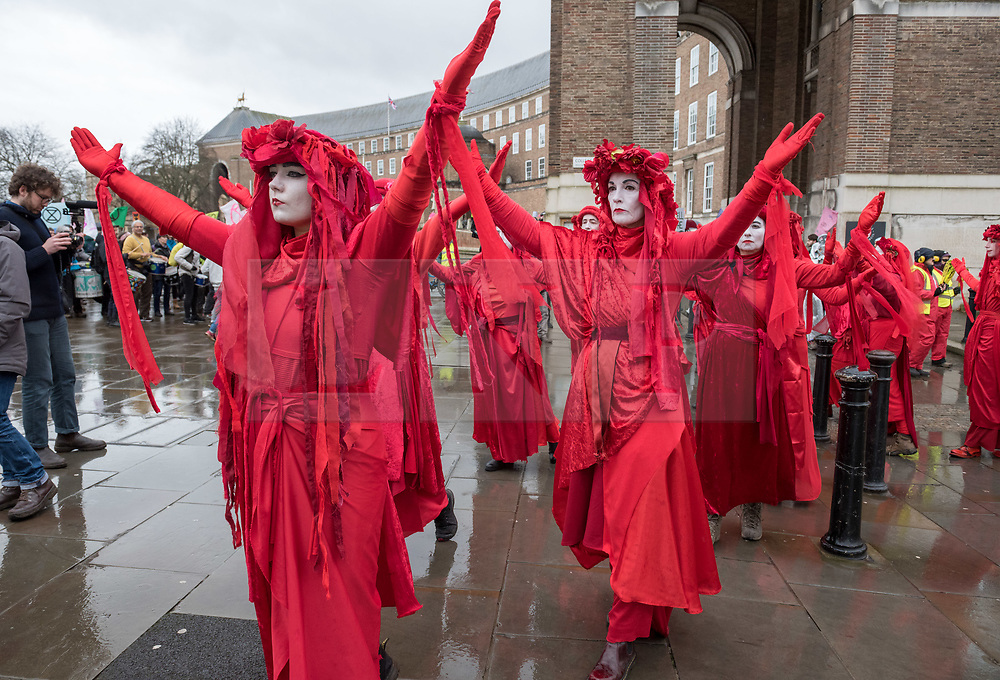