© Licensed to London News Pictures;07/04/2021; Bristol, UK. A man is arrested for urinating by the front door of BBC Bristol at a sixth "Kill the Bill" protest outside the BBC offices in Bristol against the Police, Crime, Sentencing and Courts Bill during the Covid-19 coronavirus pandemic in England. This protest is billed as "Stand up against a police state and against a biased media" and the protest is due to march from College Green in the city centre to the offices of BBC Bristol on Whiteladies Road. Some protesters say that the media is biased. The Police, Crime, Sentencing and Courts Bill proposes new restrictions on protests. Some previous Kill the Bill protests in Bristol had violence. Photo credit: Simon Chapman/LNP. 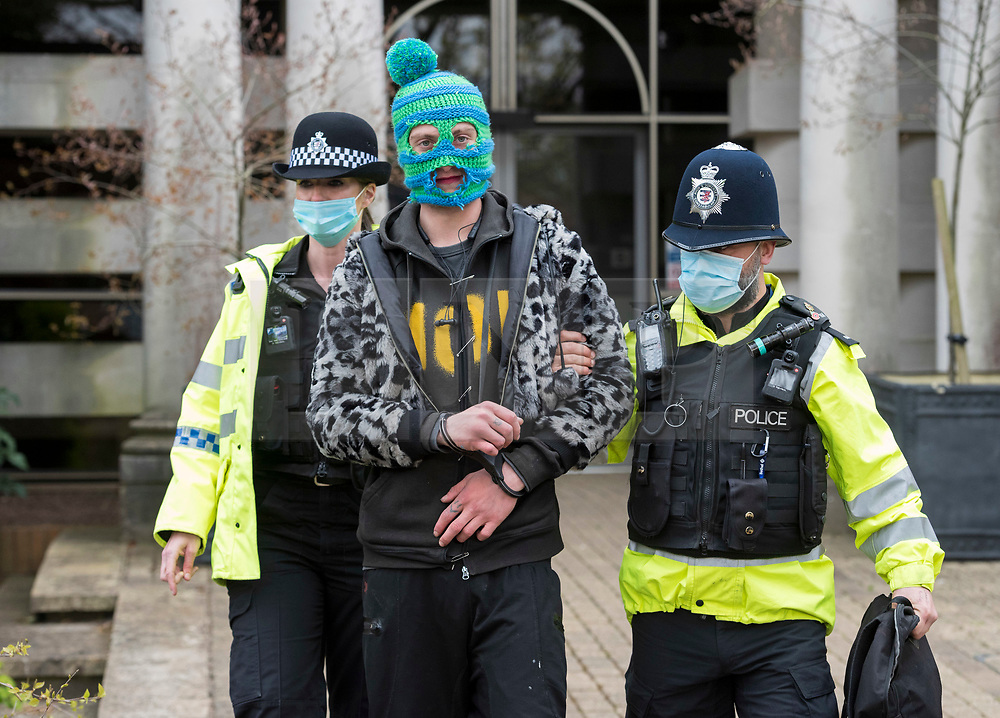