© Licensed to London News Pictures. 24/04/2014. London, UK. McBusted performing live at The O2 Arena. In this picture - Danny Jones (left), Matt Willis (centre), and James Bourne (right) who enter the stage at the beginning of the concert by flying down in Delorean car in a spoof of Back To The Future, at which point fireworks burst from the stage.. *** LICENSE CONDITIONS USAGE ALLOWED ONLY UNTIL 14 MAY 2014, NO USAGE BEYOND THAT DATE***. McBusted are an English pop-rock group composed of members of the bands Busted & McFly - James Bourne, Tony Fletcher, Danny Jones, Harry Judd, Dougie Poynter, and Matt Willis. The only member of the original groups not participating in the new lineup is former Busted singer CharlieSimpson. Photo credit : Richard Isaac/LNP 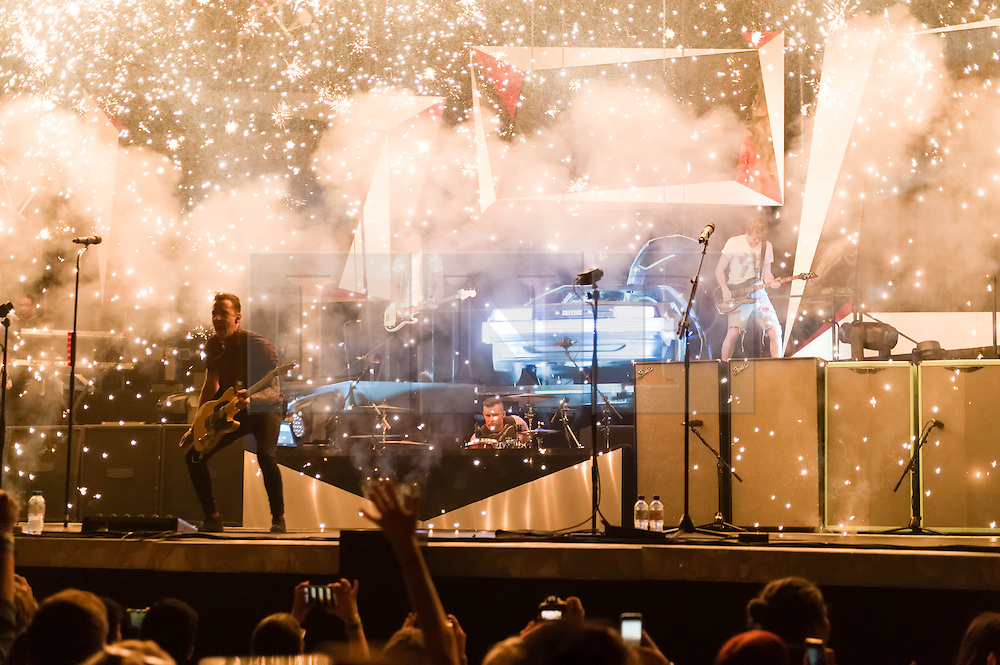