© Licensed to London News Pictures. 04/07/2020. London, UK. A dog handler looks on as a police dog searches for evidence in a grassed area next to a forensic tent on Westbourne Estate in Islington. Metropolitan Police Service officers were called at 15:20BST on Saturday, 4 July to Roman Way N7 following reports of shots fired. Officers attended with London Ambulance Service (LAS) and found a man, believed to be aged in his early 20s, suffering from gunshot injuries. Despite their best efforts, he was pronounced dead at the scene. Photo credit: Peter Manning/LNP 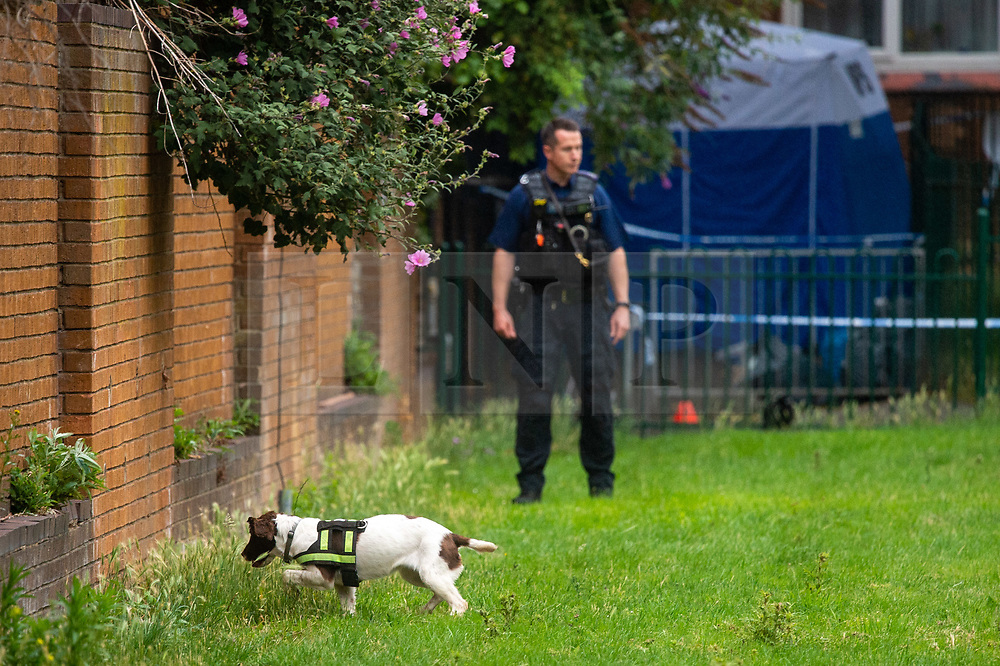