© Licensed to London News Pictures. 19/12/2017. Sheffield UK. Police stand outside a property on Shirebrook Road in Sheffield after the house was raided this morning by Anti Terror police. Three men aged 22, 36 & 41 were arrested in a series of dawn raids in Sheffield this morning, a fourth man aged 41 has been arrested in Chesterfield. The raids have been carried out by specialist officers from the North East Counter Terrorism Unit. All four men are being held on suspicion of being concerned in the commission, preparation or instigation of acts of terrorism under section 41. Photo credit: Andrew McCaren/LNP 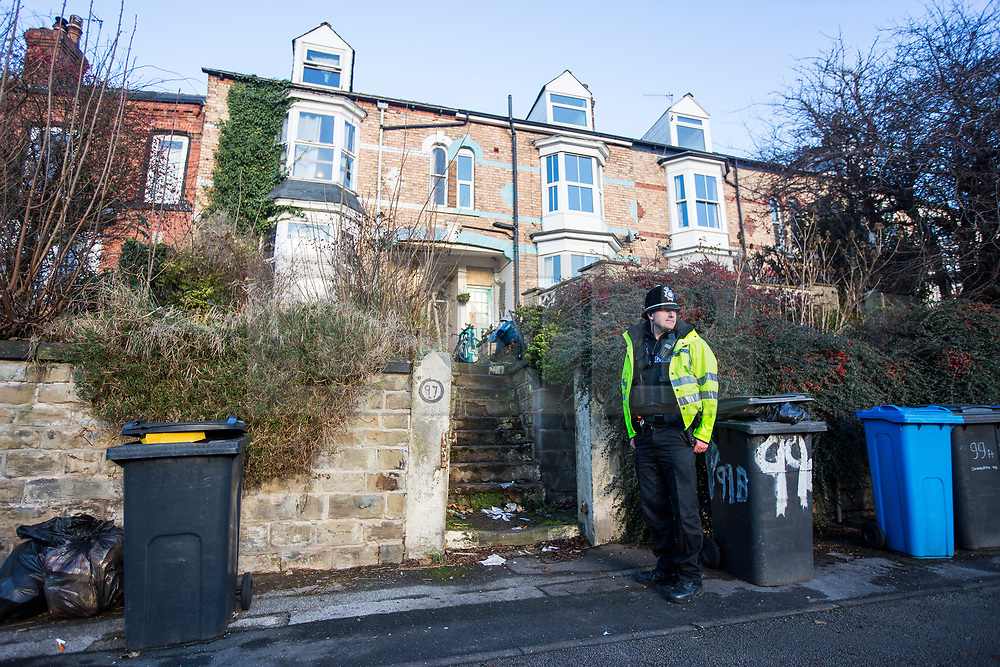