© Licensed to London News Pictures. 06/01/2012. Salford, UK. The mother of Anuj Bidve, who was murdered on Boxing Day in Salford, attends the scene of the crime, where a memorial shrine of flowers, candles and messages has been built. She cried as her husband read a prepared statement to the media, before saying a prayer at the scene. 20 year old Kiaran Stapleton of Regent Square, Ordsall, Salford, has been charged with Mr Bidve's murder. Photo credit : Joel Goodman/LNP 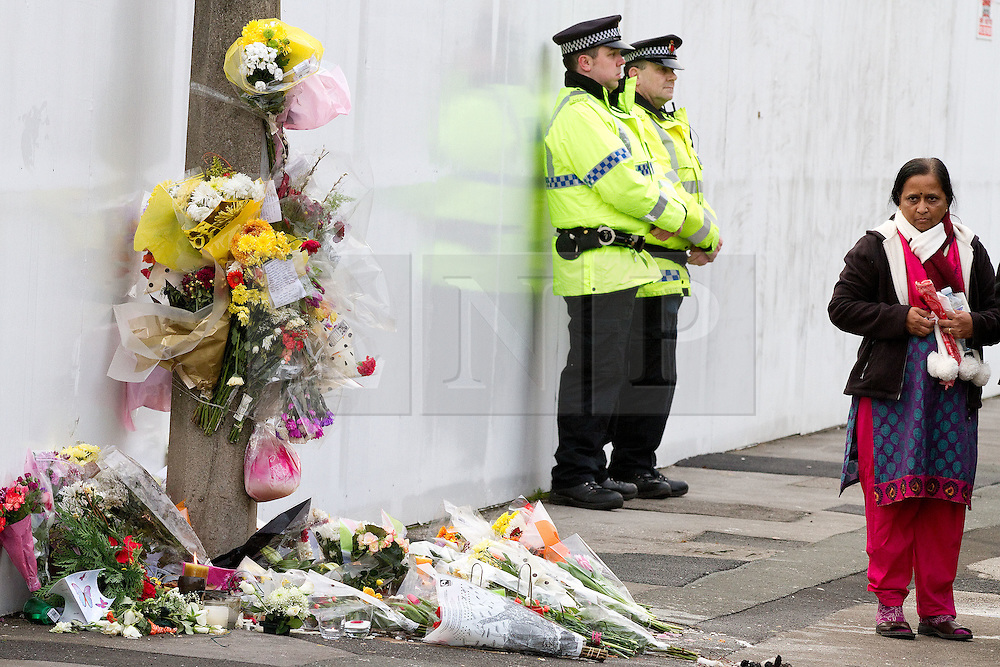