A man responsible for double murder in Westminster arrested on barge in Ealing, west London.

© Licensed to London News Pictures. 26/08/2021. London, UK. Police guard a canal barge in the vicinity of Ferrymead Avenue, Ealing in west London. Yesterday before 6pm, officers found 49-year-old Lee Peacock on the boat - wanted in connection to the murder of two people in Westminster on Thursday, 19 August. The man has sustained serious injuries, which at this stage it is believed were self-inflicted. The man has been transported to hospital where his condition is believed to be life threatening. Photo credit: Marcin Nowak/LNP 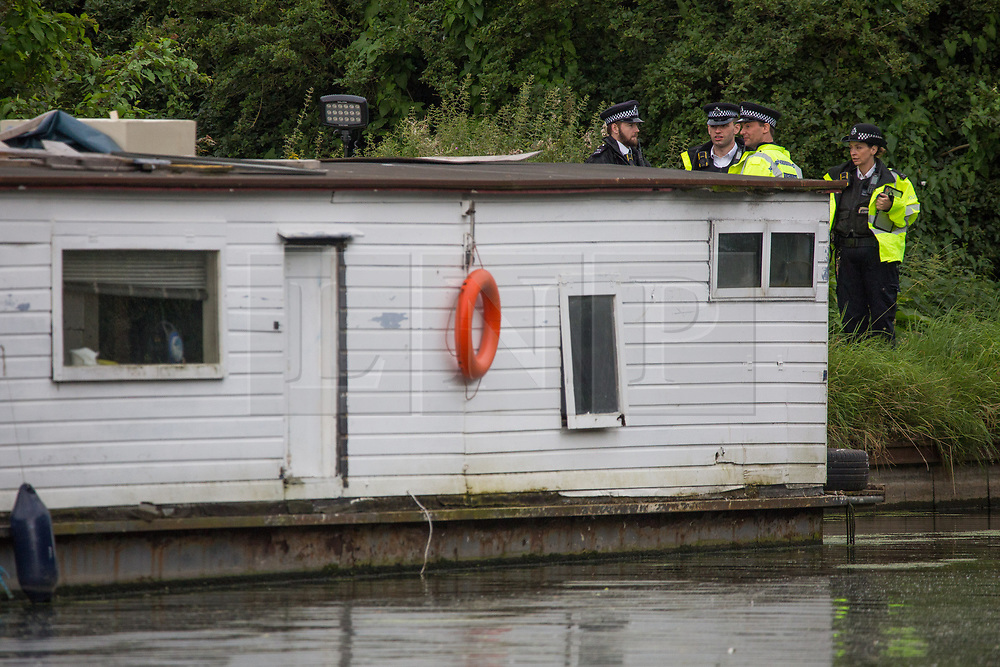