© Licensed to London News Pictures . 29/09/2017 . Torquay , UK . DR HUGH BRONSON MEP of the AfD ( Alternative for Germany or Alternative für Deutschland ) arrives to speak at the conference , surrounded by protesters including one carrying a banner featuring Nigel Farage as Adolf Hitler . The UK Independence Party Conference at the Riviera International Centre . UKIP is due to announce the winner of a leadership election which has the potential to split the party . Photo credit: Joel Goodman/LNP 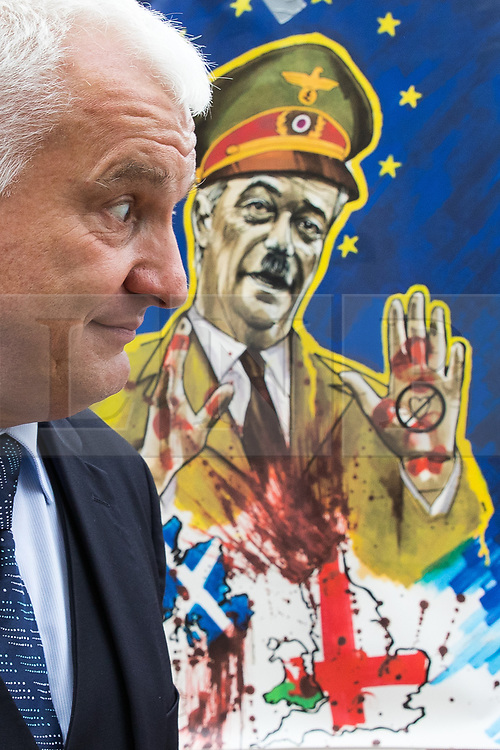