I am LGBT - rally in Poland

© Licensed to London News Pictures 20/08/2020 Gdańsk,Poland. Magdalena Abramowicz widow of the killed on 13 January 2019, Pawel Adamowicz mayor of Gdanskwhich was stabbed during a live charity event; talks to member of public during I am LGBT rally in Gdańsk, northen Poland. ‘In the name of solidarity with people who are humiliated, insulted and deprived dignity’ inspired by a member of the European Parliament Magdalena Adamowicz’s post on Twitter.
Gay rights are increasingly under threat in Poland endorsed by the government.
Polish President Andrzej Duda has said the LGBT movement is "more destructive" than communism. The Polish government has frequently used inflammatory language against the LGBT community.
Poland does not currently recognise same-sex unions - whether those are marriages or civil unions. Same-sex couples are also legally banned from adopting children. Photo credit: Marcin Nowak/LNP 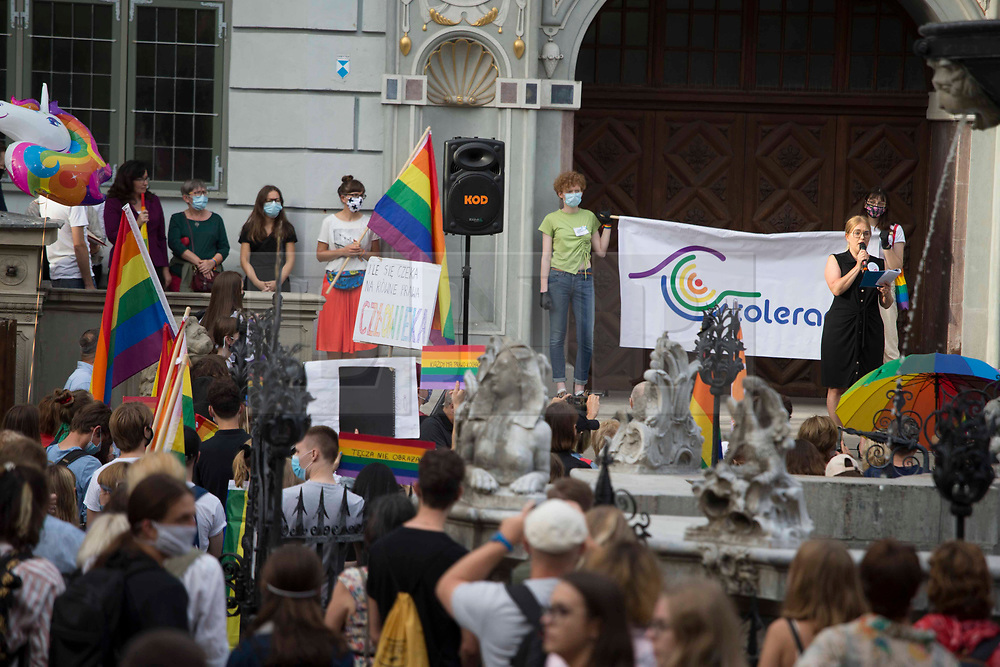