© Licensed to London News Pictures. 30/01/2016. Slough, UK. Russel Brand with Caroline Adams, 23 and Kathryn Camsey at the formal opening of a wooden treehouse in memory of murder victim Alice Adams in Black Park, Wexham on Saturday 30th January. The 20-year-old was stabbed to death in August 2011 with her friend and co-worker Tibor Vass, at a staff flat behind the Radisson Edwardian Hotel near Heathrow Airport. The murderer was Attila Ban, aged 32, who also worked at the hotel as a receptionist. After the death of Alice, her family created a charity called, Alice Adams Foundation, to raise money to build the treehouse. Photo credit should read: Emma Sheppard/LNP 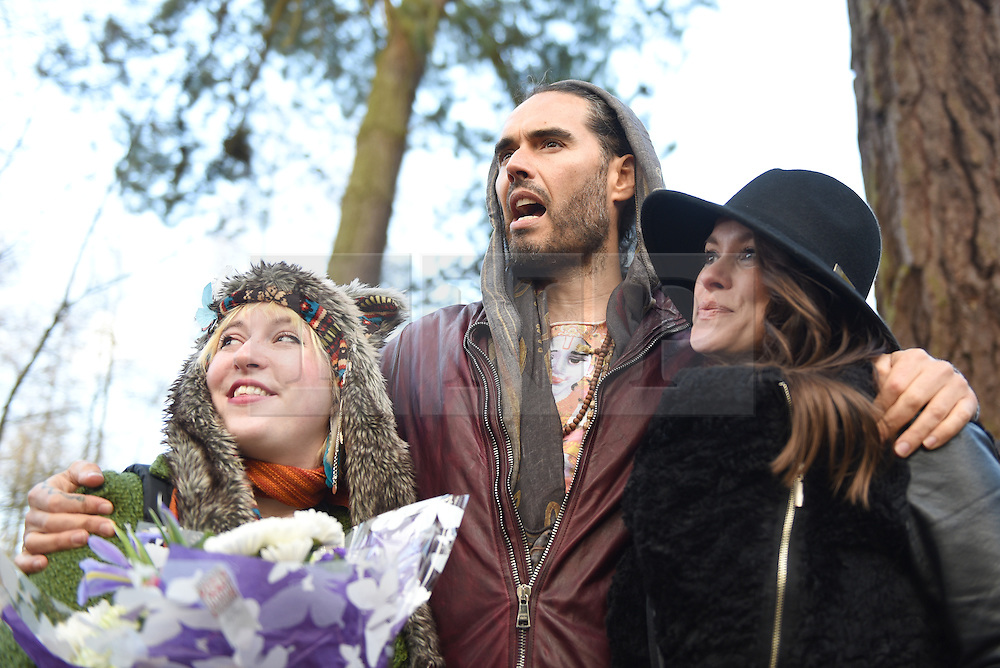