© Licensed to London News Pictures. 04/11/2021. London, UK. Traffic builds up on Whitehall as Insulate Britain activists block Parliament Square, central London. A group of nine Insulate Britain’s supporters have been summoned to appear at the High Court in London on 16th November, for breaching the National Highways injunction by causing disruption to traffic on the M25. They face a charge of contempt of court and if found guilty could be subject to unlimited fines, seizure of assets and prison sentences of up to two years. A further 23 Insulate Britain supporters, who have also openly defied one or more of the four recent injunctions, are expected to be summoned to court in the coming days. This brings the total to at least 32 ordinary people who are due to face contempt of court proceedings. Photo credit: Peter Macdiarmid/LNP 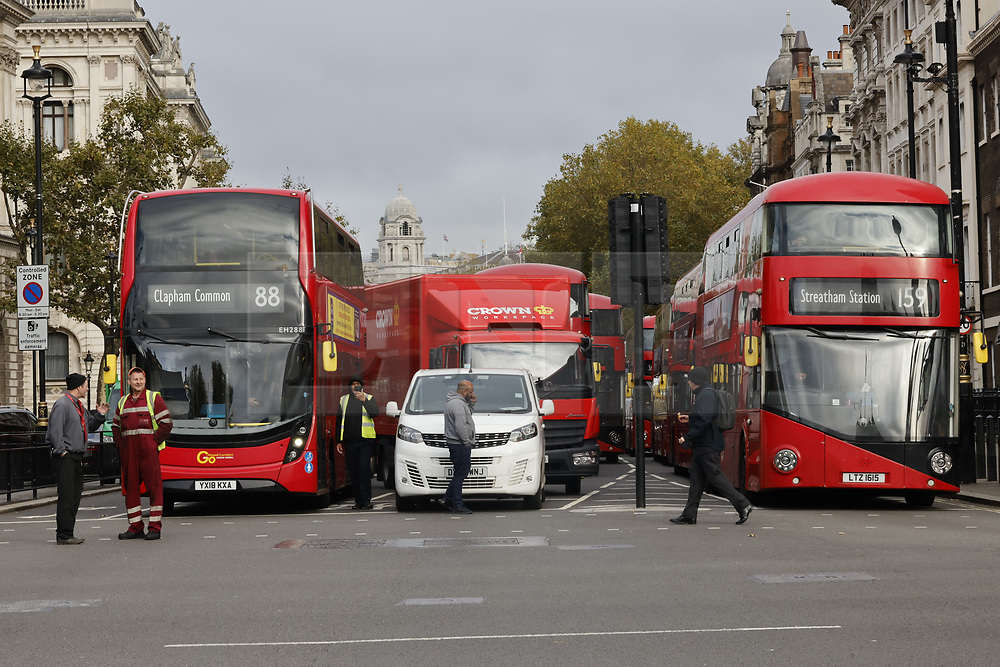