© Licensed to London News Pictures. 04/11/2016. Hamdaniyah, Iraq. Father Ignatius Offy, a Christian priest, re-hangs a picture of the Virgin Mary and Jesus Christ on the wall of a room used for events at the Christian Academy in the recently liberated town of Hamdaniyah, Iraq. Much of the academy was burnt by ISIS militants during their two year occupation of the town, but the hall was left untouched - both basketballs and footballs were found in the room suggesting that, despite the Islamic State banning sports, some extremists used the underground hall to play ballgames. 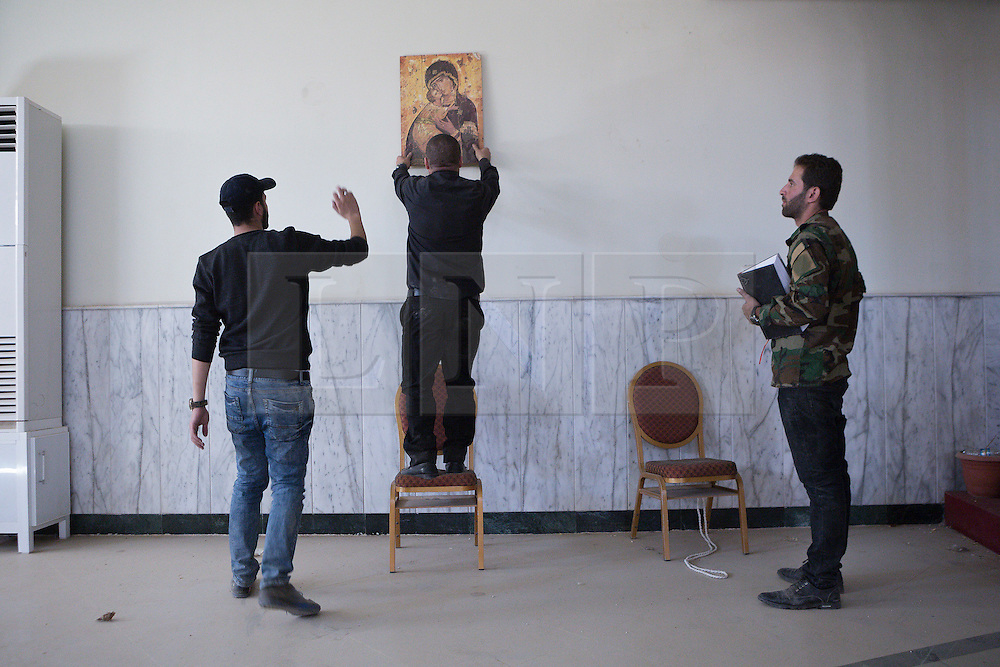