© licensed to London News Pictures. HELMAND, AFG 21/04/11. The chapel at the base surrounded by the Hesco Bastion fortified walls. A British Army chaplain from Sidmouth who is due to finish his tour this Easter Sunday has proved a hit with paratroopers in Helmand Province, handing out crosses made from the wire-mesh that surrounds their base. Padre Robin Richardson (40) a member of 3rd Battalion The Parachute Regiment, has been serving in Afghanistan for the last six months. "Towards the beginning of the tour, some of the lads asked me if I had some crosses I could give them," he said. "I found a few at Camp Bastion, and I gave them out. I ran out very quickly.".."So I wandered around our camp at Shahzad, trying to find something I could fashion into a cross. I noticed some discarded Hesco wire, and I saw lots and lots of crosses". The wire normally makes up part of the Hesco Bastion fortified walls, mesh containers with thick liners filled with gravel - that surround military bases across Afghanistan. "I got busy with some bolt-cutters and a hammer and a drill," said Robin. "And I started making small crosses out of the discarded wire.".."A lot of the lads have asked if they can have one," he said. "And they've been wearing them, and understanding a bit about what lies behind it". Robin will be returning home to be reunited with his family after six months. "I've got three sons, aged 13, 11 and 7, and they're fab," he said. "They give my heart a reason for beating every morning". "The thing I've missed the most has been their smiles" he added. "The first thing I'll do when I get home is give them a hug".. Please see special instructions for usage rates. Photo credit should read SGT Alison Baskerville/LNP 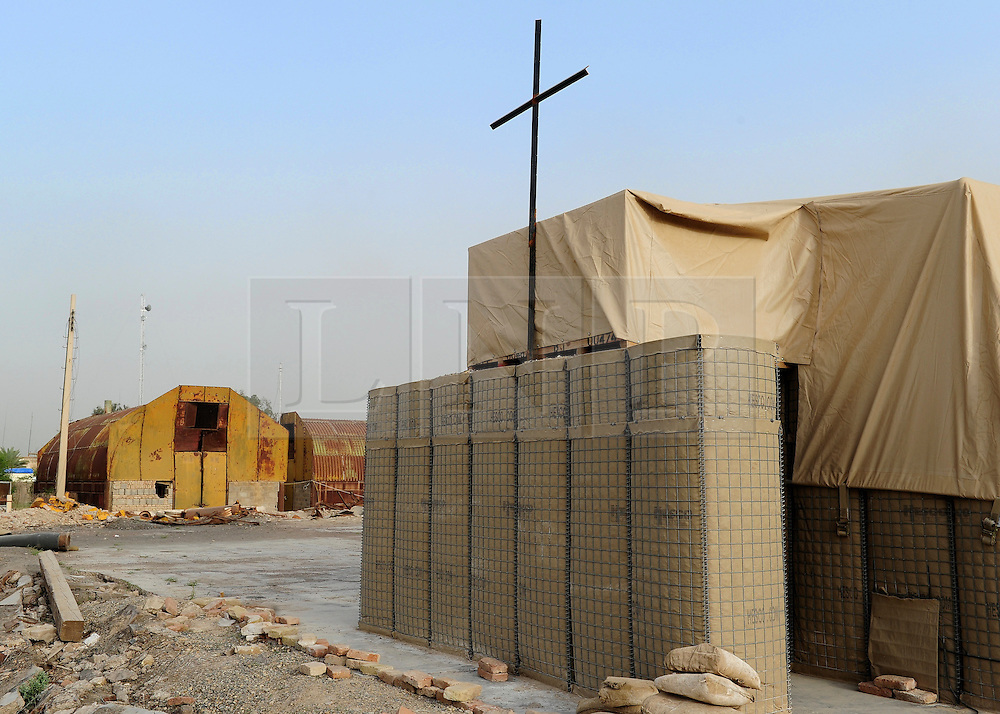