© Licensed to London News Pictures;02/09/2020; Cardiff, Wales, UK. A woman in a swimming costume takes part in a "drown in" at an Extinction Rebellion protest in Cardiff Bay in front of the Senedd, the Welsh Government building, in support of the upcoming Climate and Ecological Emergency Bill. She has 1.5m painted on her torso referring to projected rises in sea levels. Today the protest is "Rising Tide Action!!" focusing on the impact that the climate crisis is having locally and across Wales because it is impacting weather cycles, flooding, air pollution and our food security. The protest involved arts, theatre, speakers, music, banners and a drown in. The protest is part of a national protest over the next two weeks including London and other cities in the UK against climate change. XR say that despite clear scientific evidence of the deadly climate and ecological emergency, the UK government are refusing to take the urgent action needed to avoid mass extinction, and that politicians need to support the Climate and Ecological Emergency Bill. During the coronavirus covid-19 pandemic, climate change is being forgotten but it is still an emergency that is happening. The protest was socially distanced and participants wore masks. Photo credit: Simon Chapman/LNP. 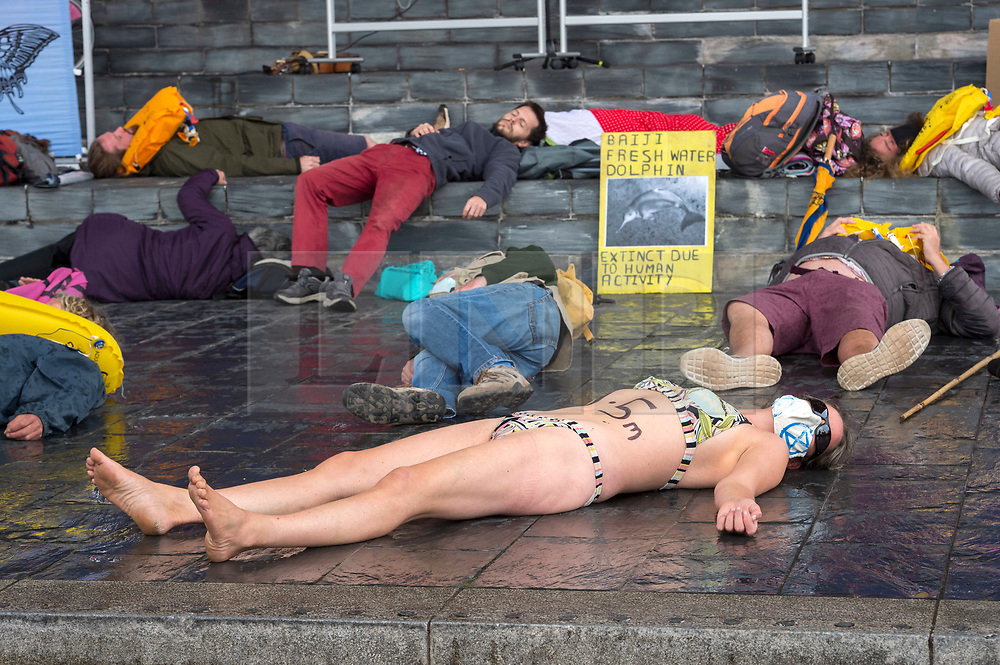