© Licensed to London News Pictures. 05/06/2017. LONDON, UK. Police officers and van, believed to be containing terror suspects leaving from the rear of the Ship and Shovel pub in Dagenham this morning. One of the vans is believed to be containing terror suspects. Police carried out a raid at a Dagenham address early this morning in connection with the London Bridge terror attacks and residents reported hearing gun shots. Photo credit: Vickie Flores/LNP 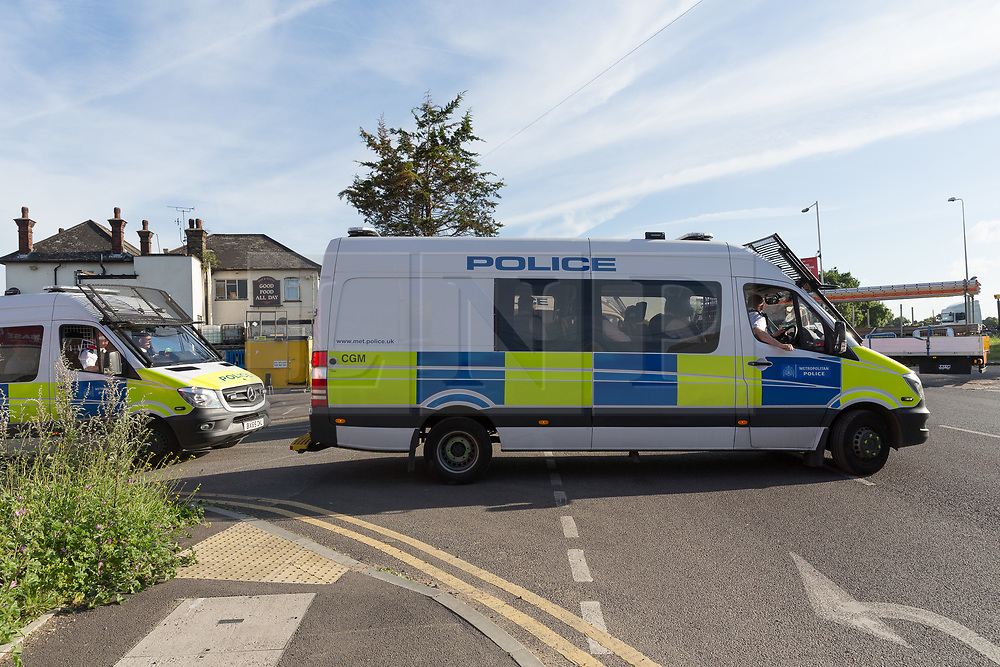