20/10/2016. Bashiqa, Iraq. A Kurdish peshmerga machine gunner takes a selfie with the Kurdish flag on the turret of his armoured Humvee as he takes part in a large offensive to retake the Bashiqa area from Islamic State militants today (20/10/2016). 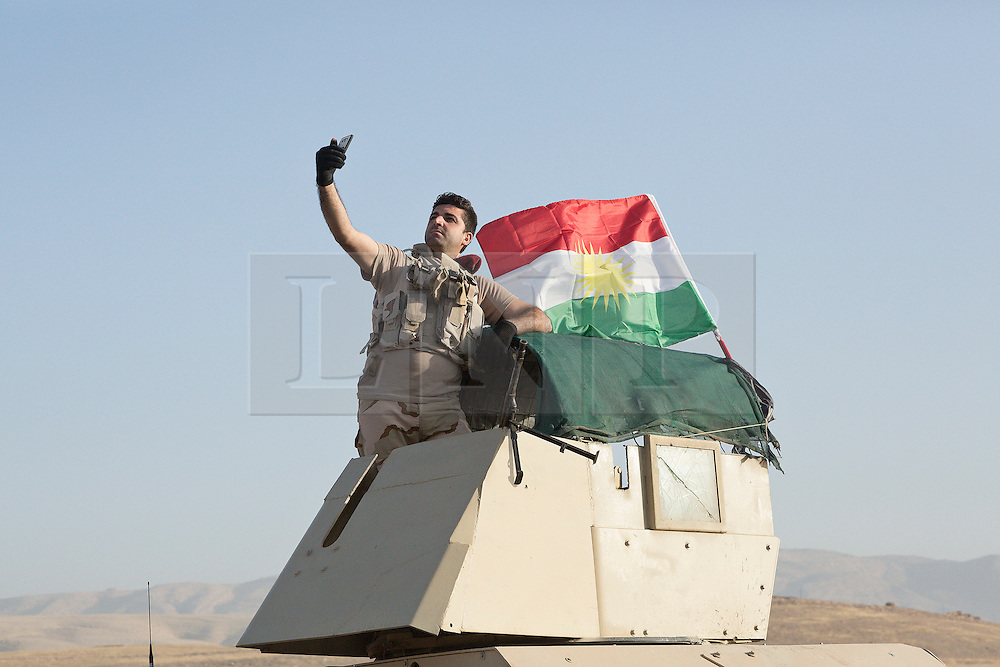