One of only two remaining flying Avro Lancaster bombers is prepared before leaving the hangar to be displayed as it visits Durham Tees Valley airport today. 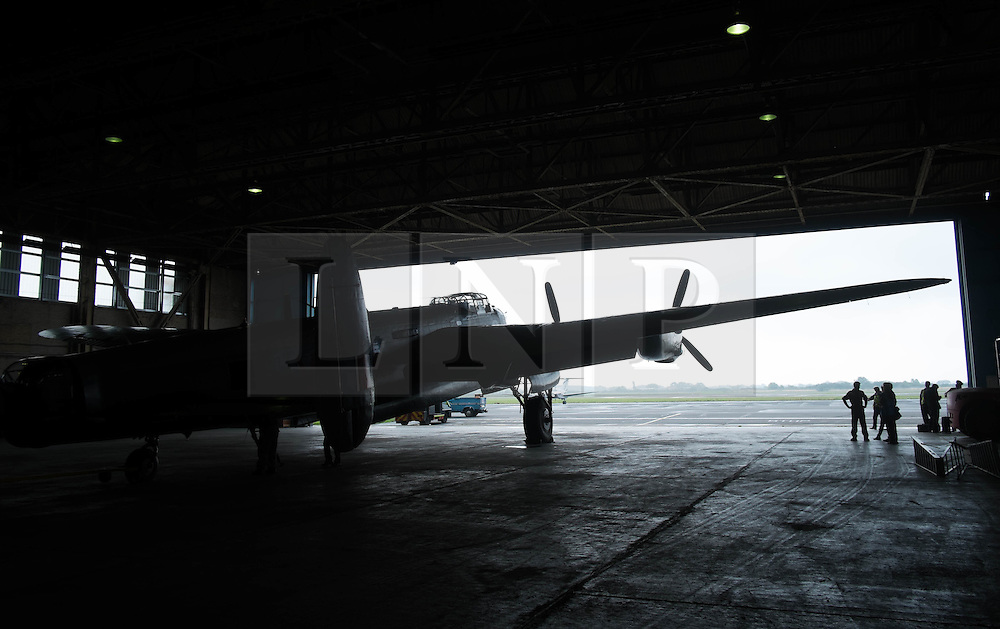