© Licensed to London News Pictures. 19/04/2018. London, UK. ANDREW HILL leaves Westminster Magistrates Court in London. Andrew Hill was the pilot of a vintage jet which crashed onto a dual carriageway during the Shoreham Airshow killing 11 men. Mr Hill appeared charged with 11 counts of manslaughter and one count of endangering an aircraft, contrary to Article 137 of the Air Navigation Order 2009 after his Hawker Hunter jet crashed onto the A27 at Shoreham in West Sussex at 1.22pm on August 22, 2015.. Photo credit: Vickie Flores/LNP 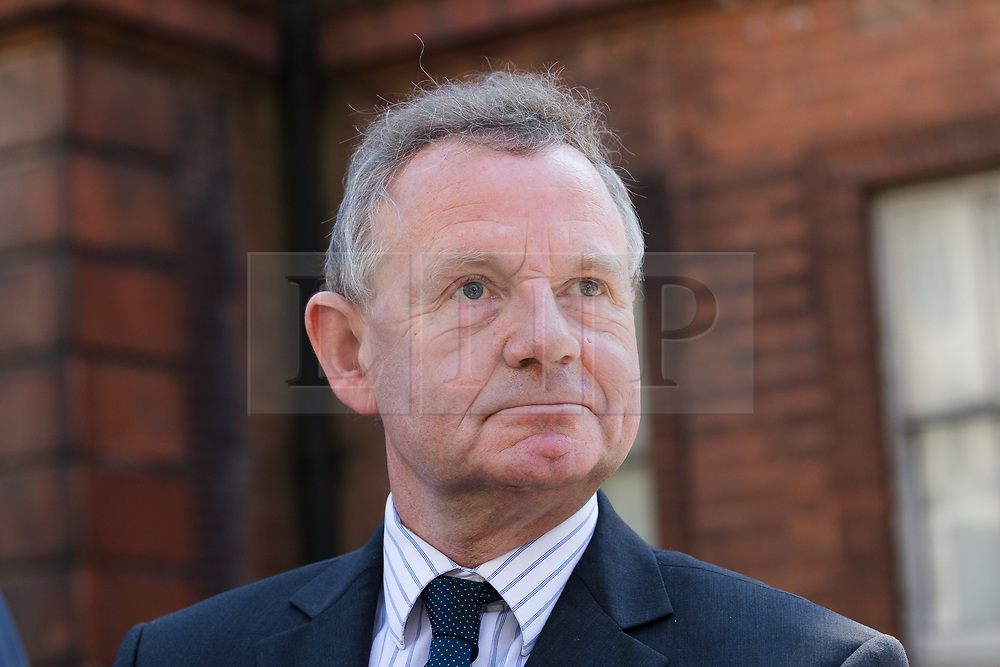