20/10/2016. Bashiqa, Iraq. Kurdish peshmerga engineers use an armoured bulldozer to clear a path as an Islamic State held village burns from coalition airstrikes during a large offensive to retake ISIS held areas near Bashiqa Iraq today (20/10/2016). 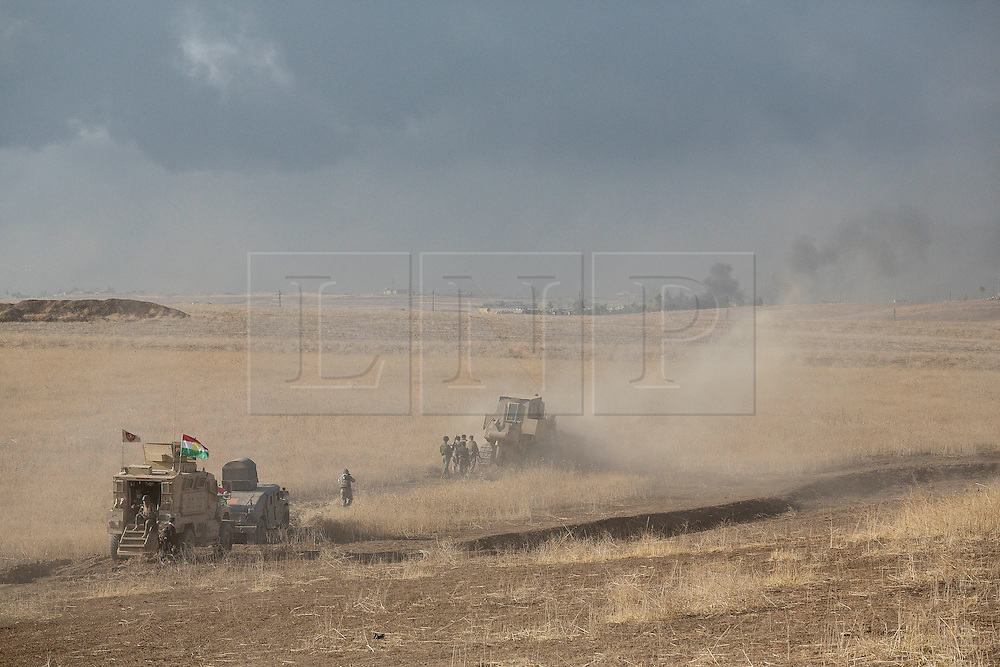