A good luck mascot sits on the cockpit of one of only two remaining flying Avro Lancaster bombers as it visits Durham Tees Valley airport today. 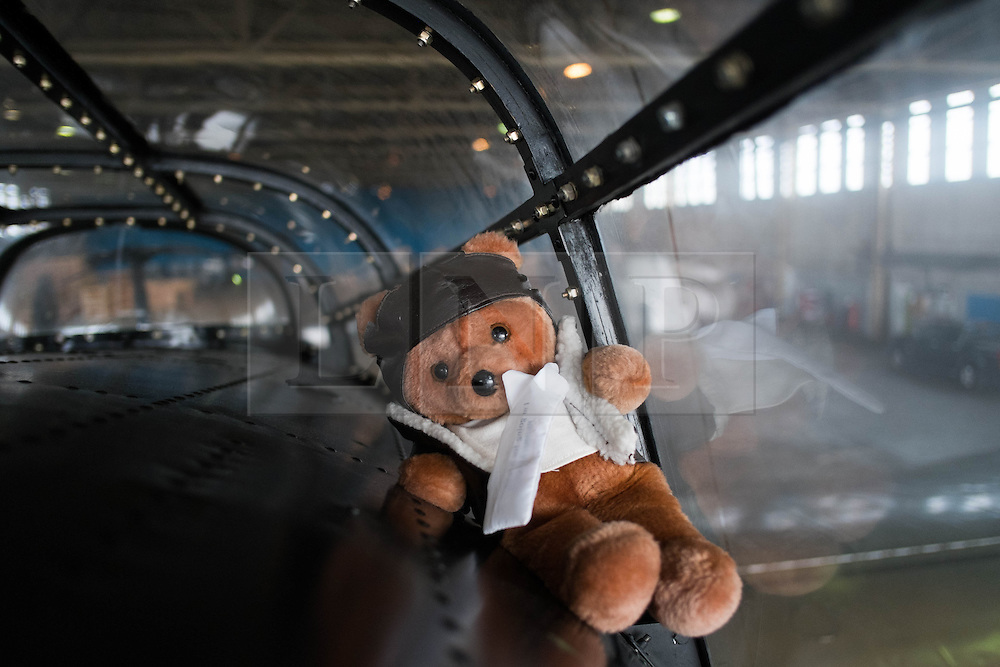