© Licensed to London News Pictures. London, UK 07/10/2011. JOEL KIRBY, Royal Navy (Right) is announced as the winner against DAVIS FEARBER, US Naval Academy (Left) . Members of the UK and US Armed Forces take part in the Royal Albert Hall cup boxing match. This is the first time a boxing event has taken place in the historic venue following a court ruling banning the use of the hall for boxing and wrestling in 1999. The Court of Appeal subsequently overturned the decision earlier this year. The venue has hosted some of the greatest names in British boxing including Sir Henry Cooper, Frank Bruno, Lennox Lewis and Prince Naseem Hamed. Photo credit: Ben Cawthra/LNP 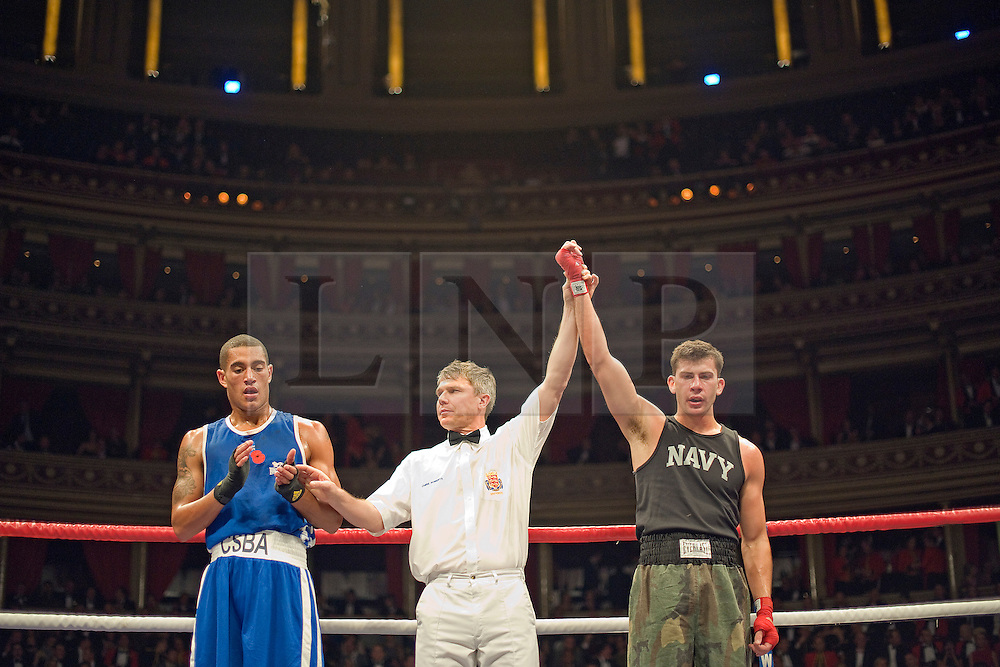