© Licensed to London News Pictures. 14/01/2015. Brighton, UK. A gas propane bottle lies on the beachfront. Some of the travellers have moved on leaving behind them littler and empty gas canisters. A group of travellers with caravans that moved on to a public space on Black Rock near Brighton Marina have been issued with a Claim Form for Possession of Property on January 14th 2015 after requests from the council to vacate the public space. Several large rubbish bins have been tipped over with waste and empty gas bottles left lying all over Black Rock and Brighton Beach. Photo credit : Hugo Michiels/LNP 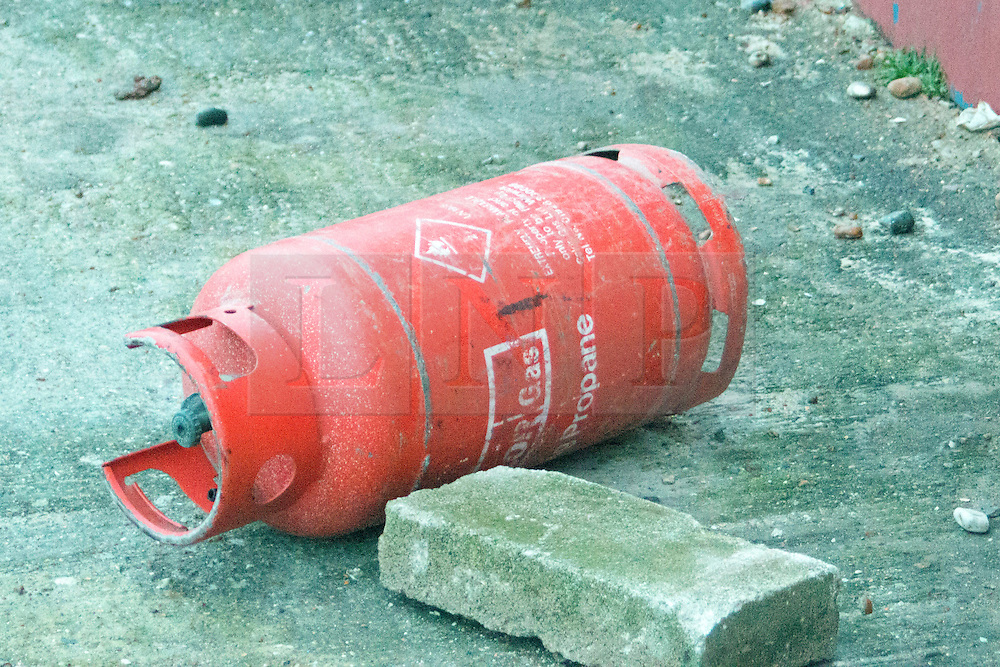