Former soldiers salute during a short ceremony to mark a visit by one of only two remaining flying Avro Lancaster bombers at Durham Tees Valley airport today. 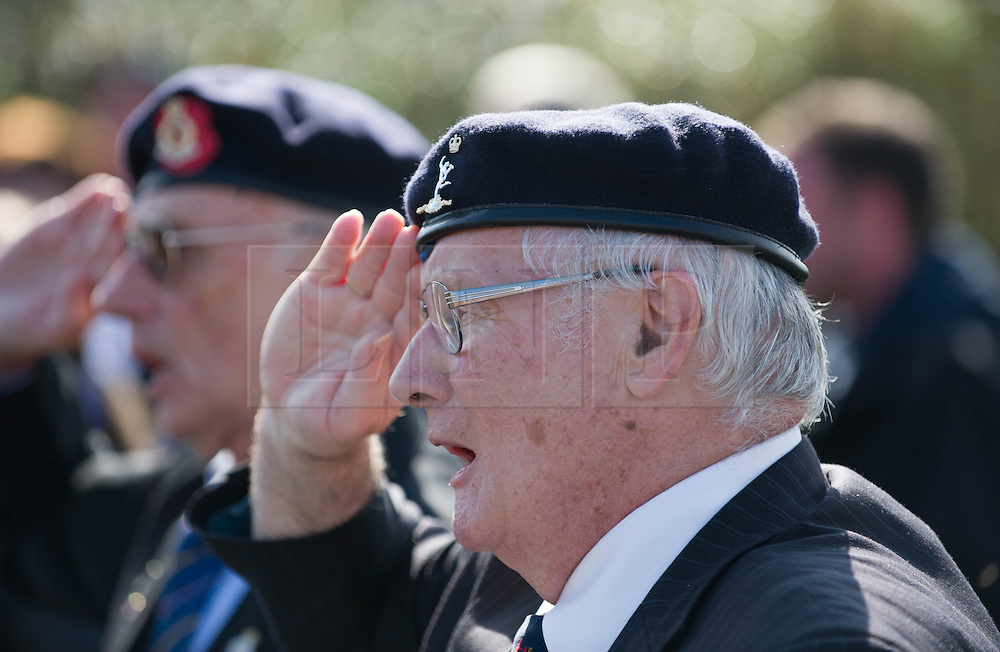